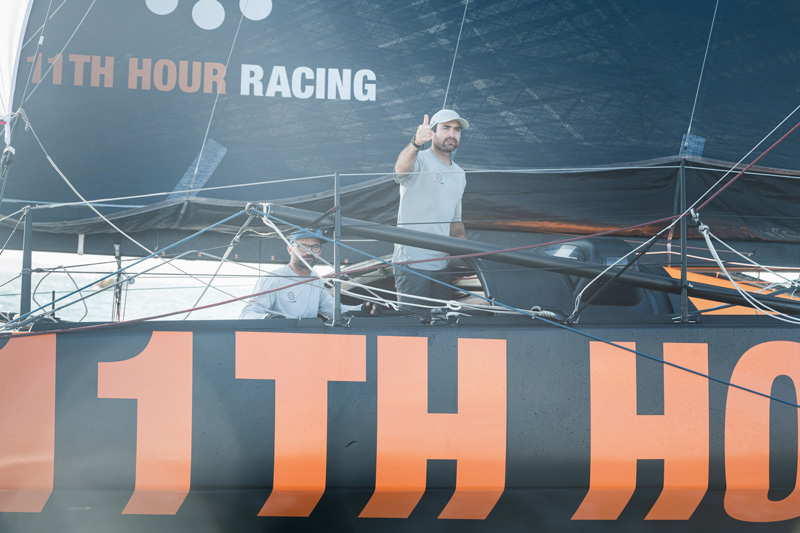 Two days after finishing the 2019 Transat Jacques Vabre in Brazil, 11th Hour Racing were officially bumped up one spot in the overall standings Tuesday from fifth to fourth.

The change in the final standings came after an international race jury assessed a penalty against Advens for Cybersecurity, which failed to round the last mark of the race at the entrance of the Bay of All Saints just outside Salvador.

Advens, a second generation foiling IMOCA, passed 11th Hour Racing over the final 24 hours of sailing into Salvador and finished just 15 minutes ahead of 11th Hour Racing co-skippers Charlie Enright and Pascal Bidégorry for fourth, but that advantage was wiped out by the penalty assessment. The penalty dropped Advens to fifth overall.

11th Hour Racing themselves had been assessed a 1.5 hour penalty earlier in the race for inadvertently breaking the engine seal. The team served the penalty on Wednesday, November 6 just before crossing the equator.