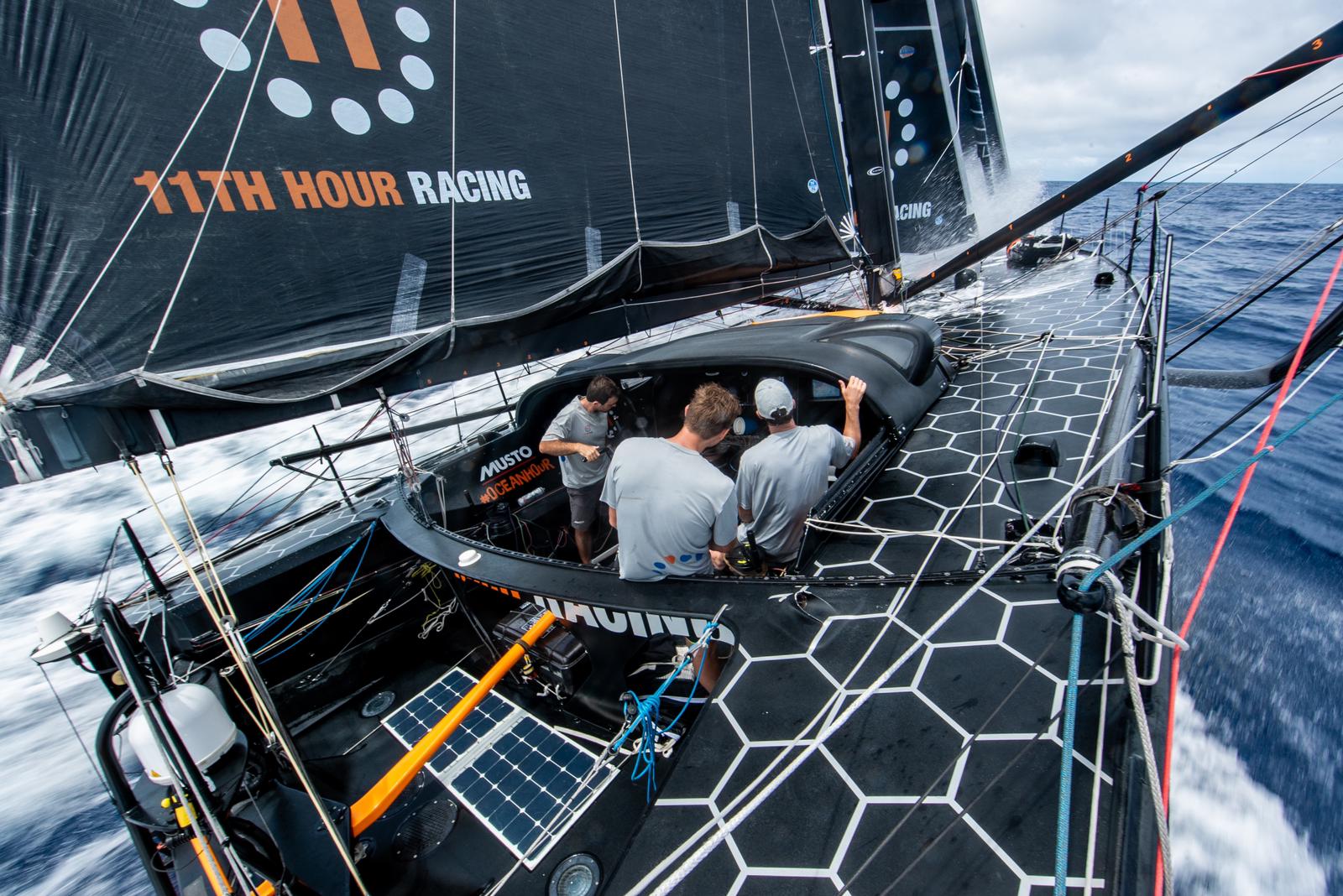 With the 2019 Transat Jacques Vabre now in the rearview mirror, team leaders Mark Towill and Charlie Enright have quickly shifted focus to the next phase of 11th Hour Racing’s campaign towards The Ocean Race in two years time.

First up, the boat’s delivery back to Brittany, France this month. The team departed Salvador de Bahia, Brazil last Friday and are making their way across the Atlantic. The transatlantic crossing will take around two weeks to complete. After the double-handed Transat Jacques Vabre, it is the first time for the team to test out the foiling IMOCA 60 during an ocean crossing in the full Ocean Race crew configuration.

“Really looking forward to switching gears,” said Charlie of the coming weeks. “The team will be moving into crewed sailing next, which is great. It will give us the opportunity for the delivery back to get six people onboard. Try some folks out. See how we’re all going to fit, how we are going to live on board. Try some different scenarios out.”

For Charlie, who has talked about the challenges and adjustments to sailing double-handed the past few months, it will be back to the kind of crewed sailing he is more familiar with from his past Volvo Ocean Race campaigns. And it will be the kind of sea trials and training that makes this campaign unique compared to past Volvo races when Charlie and Mark had only months of preparation time.

On his side, Mark views the next few weeks as a transition phase and another box to check off in the team’s long list of “To Do’s” over the coming years.

“Get the boat turned around, and get the small jobs checked off. We’re sailing back with an Ocean Race crew: 4 males, 1 female and an OBR,” said Mark last week before the team’s departure from Salvador de Bahia, Brazil. “This is an amazing opportunity for us to start getting into Ocean Race mode. It was an interesting time here just spending a few moments with some other teams. After this race, many of them are now getting ready for the Vendee Globe and single-handed racing and we’re going in the other direction towards a crewed race. It’s been a great year for us to prepare for this event — the Transat Jacques Vabre and double-handed sailing — and now it’s towards the next chapter and crewed sailing.”

The team is expected to arrive back in Brittany, France between November 29 and December 1. Follow along for updates from Onboard Reporter, Amory Ross, on 11th Hour Racing Team’s Instagram and Facebook pages.