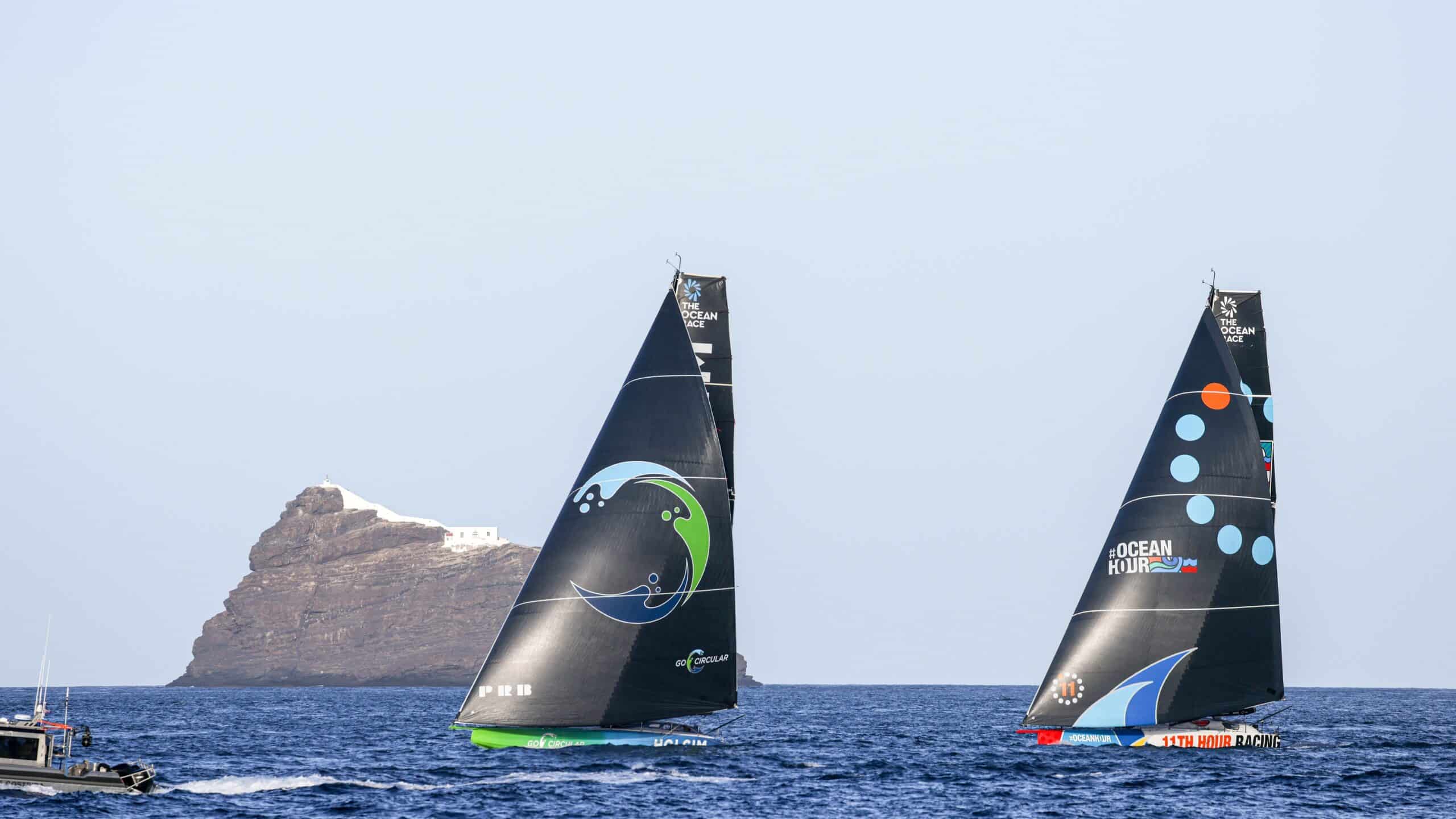 After completing a short inshore course set between Mindelo, Cape Verde and the Island of Santo Antão, 11th Hour Racing Team pushed out into the Atlantic Ocean leading the fleet, in a light 10 knots of wind.

This next leg will cover approximately 4,600 nautical miles [5,295 miles or 8,520 kilometers] and see the fast-foiling IMOCAs enter trade wind sailing conditions before entering the Doldrums. The crews will then get their first taste of the South Atlantic during the final section of this leg in the run-up to Cape Town.

Skipper, Charlie Enright (USA), commented on the conditions facing the crew in the second leg. “It looks very light getting out of Cabo Verde, but the trade winds will reestablish before spitting us into the Doldrums, where I will expect a compression of the fleet again. Getting through the Doldrums will be key to success in the second half of this leg. The South Atlantic feels a long way away right now, but we are confident going into this leg.”

Cabo Verde is considered a ‘short stop’ on The Ocean Race route. This means within race rules, there can be no amendments or improvements to the boat, and any necessary repairs must be conducted by the sailing crew during the five-day stopover.

“It has been a pretty hectic stopover from the moment we got here,” commented Enright. “In fact, it’s been full-on since we left Alicante on January 15th! Whether it was the 40 knots that we faced right from the off in the Mediterranean, or the day spent gluing the J3 [sail] back together here in Cabo Verde, the first ten days of this race have thrown a lot at us!

“Luckily for us, we were able to put the tools down yesterday at midday and have 24 hours of rest and decompression. Switching off before we go racing again is always important, and now we are focused on what lies ahead,” he concluded.

The first leg of The Ocean Race from Alicante, Spain to Mindelo, Cabo Verde was completed in five days, as the fleet raced through winds of up to 50 knots in the Alboran Sea. When asked about whether the team onboard Mālama will sail more conservatively this leg, Enright said, “There is a fine line with these boats in terms of reward vs risk. As a team, we must make sure we know where that line is at any given moment, so we don’t cross it. The first leg of this race was like a baptism of fire, and everyone in the fleet was held back by breakages. Breakages will continue to be on our minds and ever-present, so we will be keeping a balance between pushing and preserving the assets – our sailors and our boat – on every leg.

“In the last leg, we were in the mix to win, and today we are leaving the dock with that mentality,” he concluded.