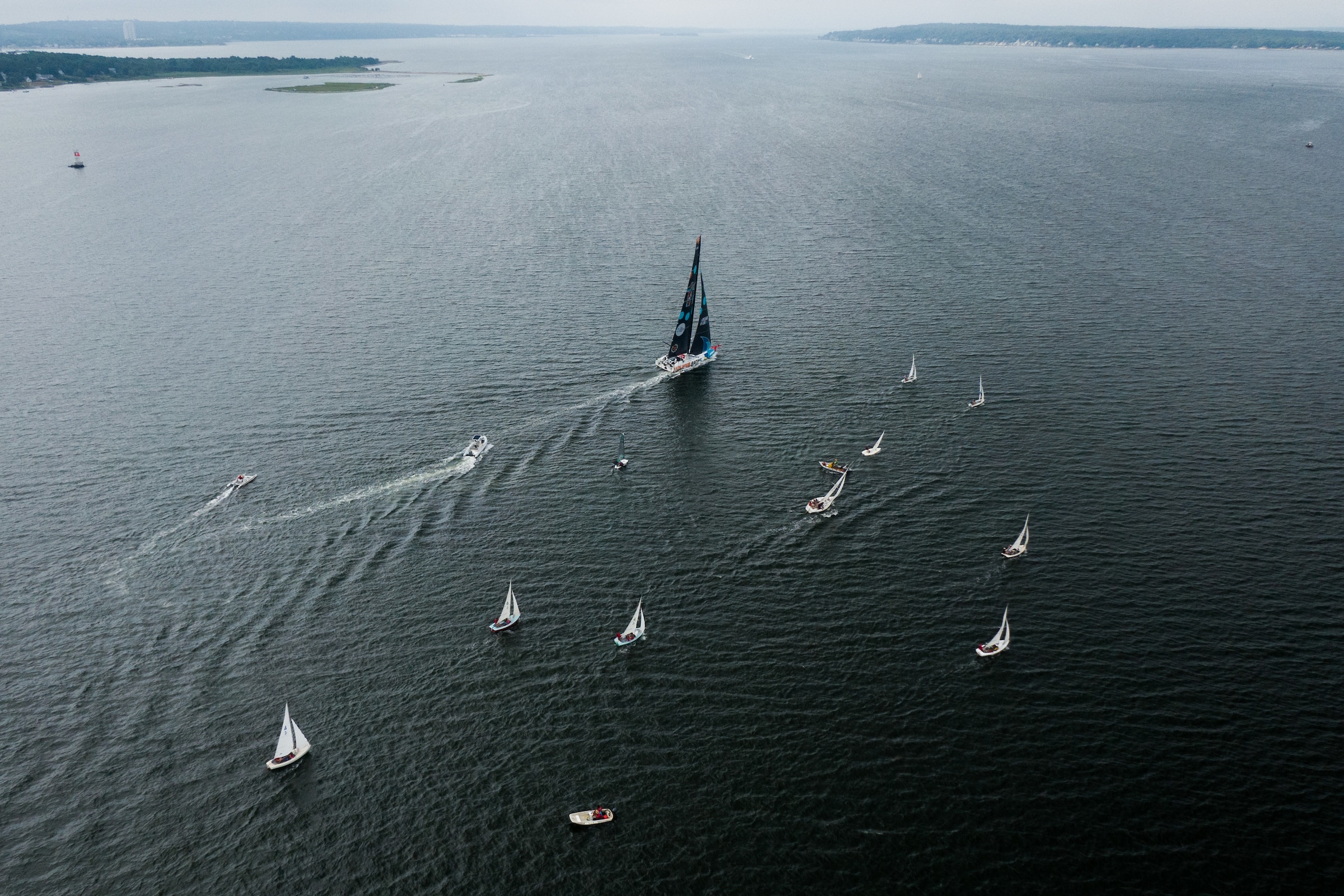 11th Hour Racing Team has set off from its homeport of Newport, Rhode Island bound for France, after two months of community engagement and racing in the State. Next stop for the team is Concarneau, France to complete a final training program in Europe ahead of the start of the 36,500-mile around the world race starting from Alicante, Spain on January 15, 2023.

The Team has been based in Newport for two months, the home of title sponsor, 11th Hour Racing, supporting a range of activities, and sharing their experiences on ocean health and sustainable boat building practices with the local community.

Activities during June’s #OceanHourWeek included an Ocean Hologram Exhibit, creative educational sessions around ocean health in collaboration with The Ocean Race Learning Program, and an on-site premiere with NewportFILM of 11th Hour Racing Team’s new documentary, Under the Hull. This was followed by the Team’s successful participation in the Newport Bermuda Race, arriving into Bermuda second overall, the first monohulll and first in the Open Division.

One of the major highlights of the summer was the team’s tour of Narragansett Bay, dubbed the #BayRally – a three-day tour of Rhode Island by water, visiting local yacht clubs, sailing schools and community boating centers in the region. Mālama and the 11th Hour Racing Team crew used a combination of on the water fly-bys and shore-based activities to interact with the local sailing community.

Speaking from Newport Shipyard before the team left the dock, Charlie Enright said: “It’s hard to believe we have been in Newport for two months already and are about to leave once again. Arriving home is always incredibly special and leaving home particularly hard. Next time we’ll be back here in Rhode Island it will be the Newport stopover in May 2023 and we will be over half way through our round the world race, having rounded all three of the great Capes,” commented Enright. “Rhode Island is where I am from and so to have been home for the past two months, meeting with local schools, the community, and sailing and marine businesses – and to be sharing this with the wider 11th Hour Racing Team who come from all over the world – has been an honor. We look forward to seeing as many people as possible when we return next year,” he concluded.