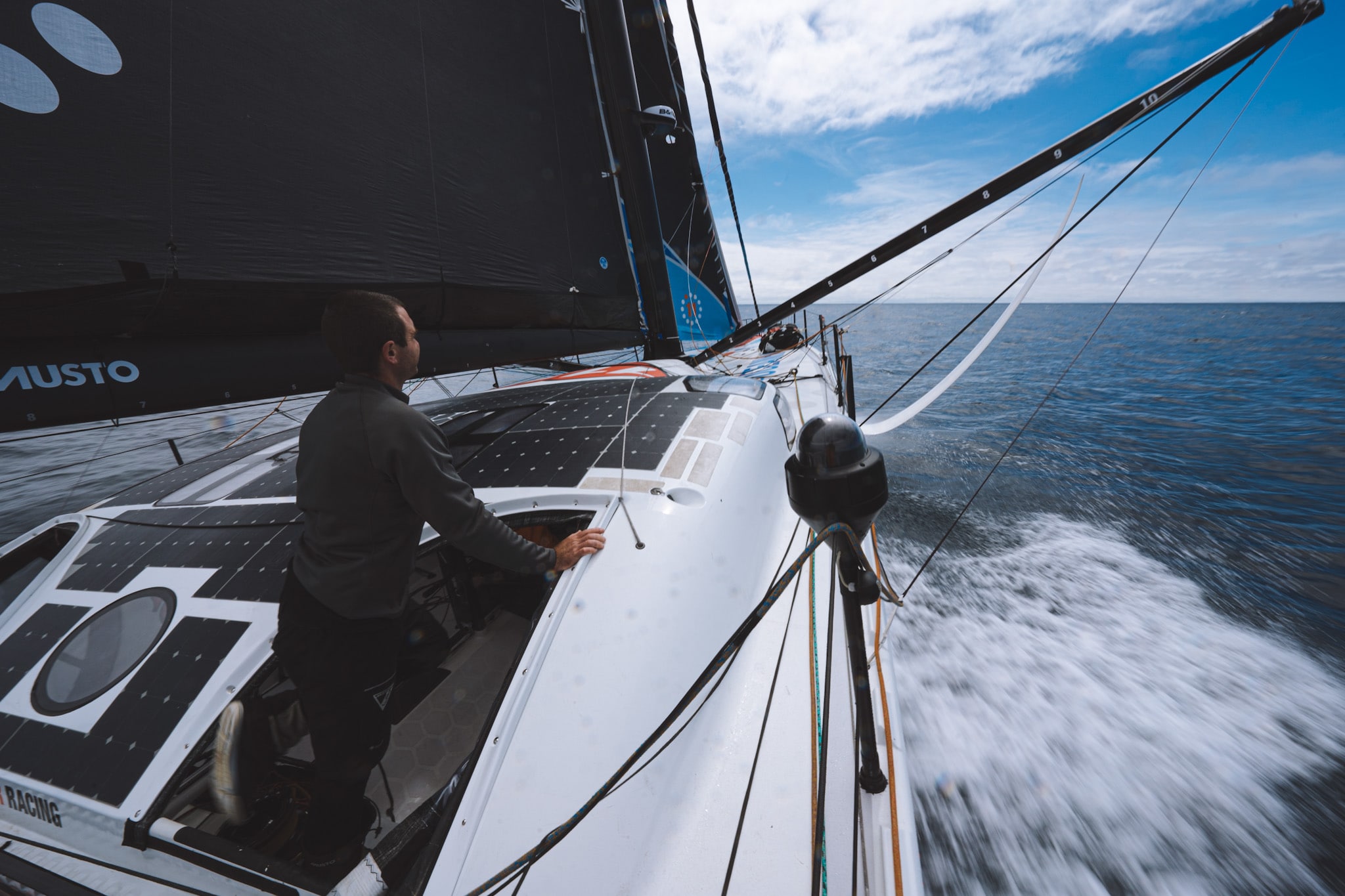 11th Hour Racing Team has set off for its first major fully-crewed ocean crossing in the new IMOCA race boat – Mālama. The 60-foot yacht has today, Friday May 27, left Concarneau, France bound for its home base in Newport, Rhode Island.

IMOCAs are traditionally designed for short-handed sailing – with one or two sailors onboard. The team has spent the past two months training onboard Mālama with five crew, as they build up to the start of the round the world race in January 2023.

Speaking from Brittany before the team left the dock, Enright said: “It’s hard to believe we have been based in France for almost four years now, and we have only been home to Newport once with a boat, back in 2020, due to the pandemic. This homecoming with Mālama is going to be pretty special as we built the boat ourselves, and at last we now get to bring her home. We really look forward to welcoming our supporters down to Fort Adams to come and see Mālama and meet the Team – that in itself will be very special.”

The Team will be based in Newport for two months, the home of title sponsor, 11th Hour Racing, supporting a range of activities, and sharing their experiences on ocean health and sustainable boat building practices with the local community.

This engagement kicks off from June 12-16 as part of #OceanHour Week held at Fort Adams State Park. Field trips from local schools and the general public will be coming down to meet the sailors and wider team members, and will have the opportunity to experience an immersive hologram installation about the importance of marine ecosystems, encouraging children and adults alike to discover what’s under the surface of the ocean.

The Team also announced today that it will be racing, for the first time, in the Newport Bermuda Race, a 635-nautical mile (1,022km or 730mile) dash from Rhode Island down to the North Atlantic island.

“This year’s IMOCA race schedule is focused on short-handed or solo sailing, as most teams are building up towards the single-handed Route du Rhum at the end of this year,” commented Enright. “We seized on the opportunity to enter the Newport Bermuda Race as a chance to test our onboard systems and boat handling in a race environment with five crew onboard.”

This year’s edition, which starts on June 17,  will be Enright’s fourth entry, having previously competed in 2008, 2010 when he won the Open Division with the 90 footer, Genuine Risk, and then again in 2012.

“It’s ten years since I last entered the Newport Bermuda Race and I’m looking forward to lining up at the start opposite Castle Hill. With so many boats on the startline, and the fanfare at Castle Hill, you feel like you’re in the Kentucky Derby! There’s a huge buzz around the start and everyone in the town gets behind it as it is a sign of the start of summer. The backdrop is spectacular and starting or finishing any race in Newport is always special – we can’t wait to get going.”

11th Hour Racing Team and Mālama will be based at Fort Adams, Newport, from early June until the end of July.