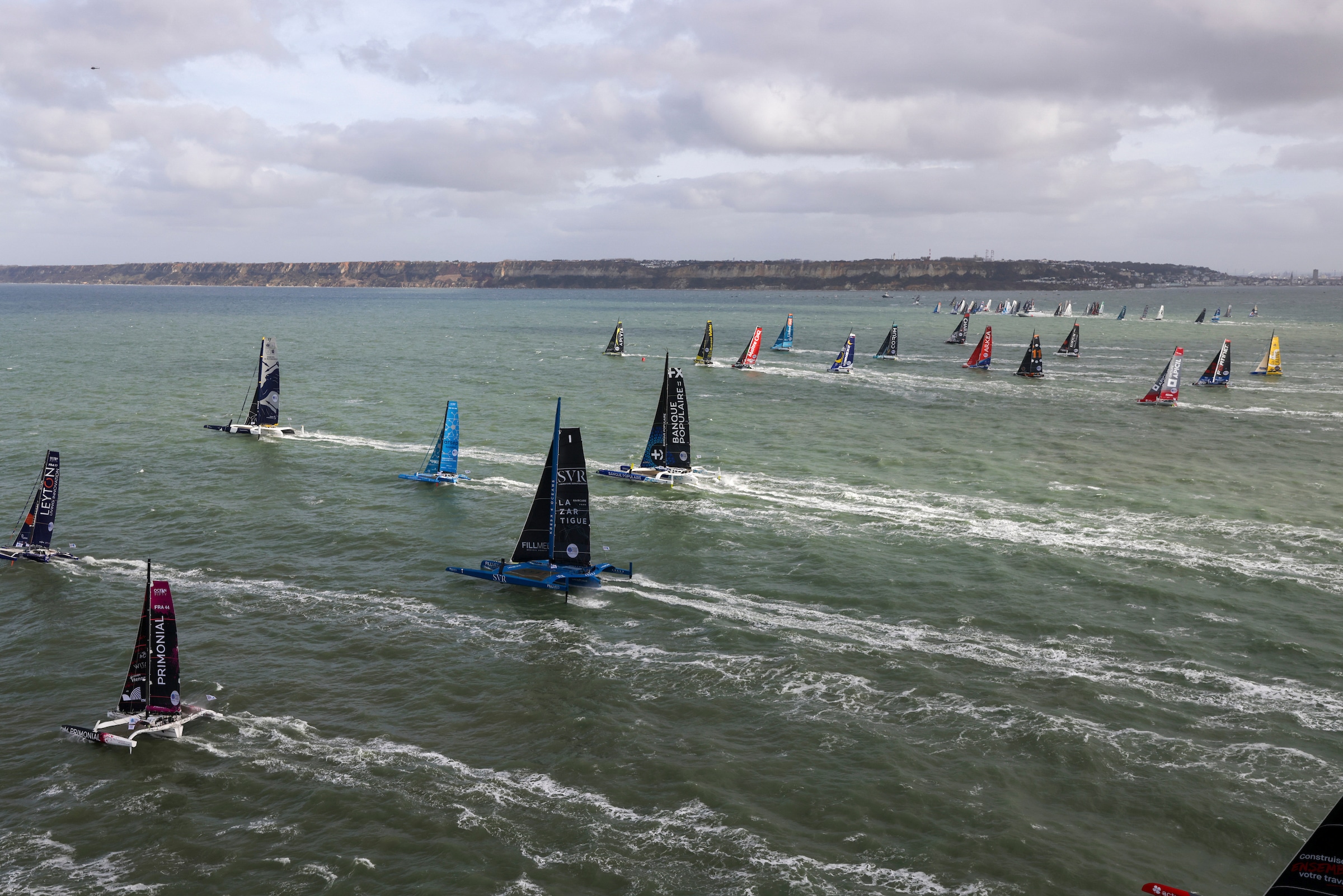 On June 15, 2022 at 8pm EST (June 16, midnight GMT), 11th Hour Racing Team will release Under the Hull a feature length documentary following the offshore sailing team as they take on the infamous French race, the Transat Jacques Vabre. Under the Hull takes viewers behind the scenes as the Newport, Rhode Island based team lines up against the masters of the sport of offshore sailing – the French – in the build-up to the double-handed race across the Atlantic.

One of the most celebrated and iconic sailing races in the world, the Transat Jacques Vabre pits the very best sailors in a biennial 5,800 nautical mile battle across the Atlantic from Le Havre, France to the Caribbean island of Martinique. 11th Hour Racing Team was the first organization in the 28-year history of the race to enter two boats in the IMOCA Class.

From the building of a brand new, state-of-the-art 60-foot foiling race boat, to the physical, mental and onboard training, the film gives unrivaled insights into the highs and lows as the four sailors, supported by an international shore team, prepared their two entries – Mālama and Alaka’i – for the race of the year.

Under the Hull is presented by 11th Hour Racing, directed and shot by Ben Bireau, with Executive Producer Kristi Wilson, and onboard footage from Amory Ross.

The film will premiere at NewportFILM on June 15 and concurrently released on the Team’s YouTube channel at 2000 EST on the same day.

To find out more about 11th Hour Racing Team and their mission to inspire change for positive ocean health visit www.11thhourracingteam.org.