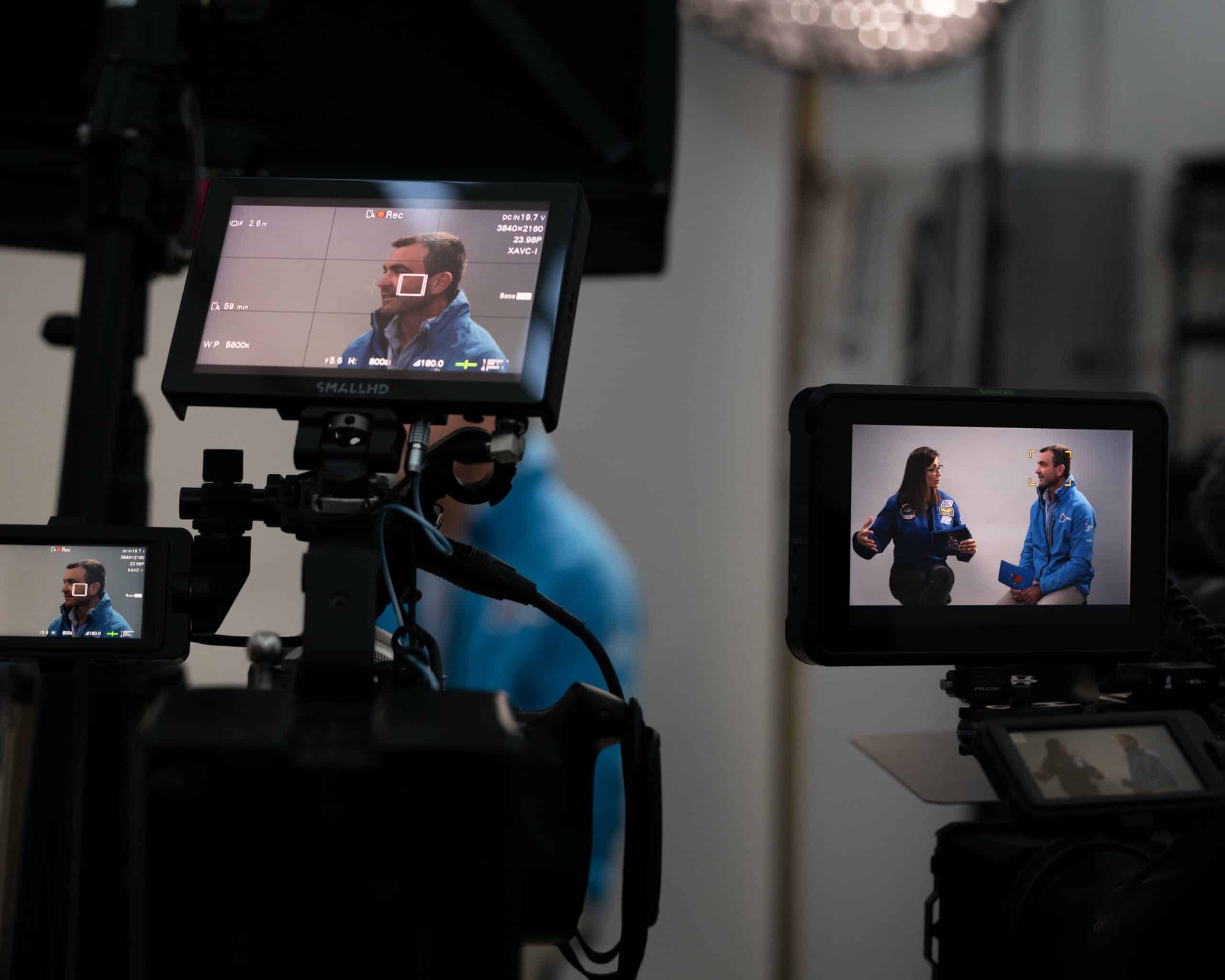 What’s the connection between outer space and offshore sailing? Orbiting Earth in a spacecraft and circumnavigating the planet in a yacht might seem worlds apart, but when NASA astronaut, Nicole Stott (USA) and professional offshore sailor, Charlie Enright (USA) got together, they found they had a lot more in common than originally thought.

Enright is about to undertake his third navigation of the planet in the world-famous Ocean Race, and has sailed over 200,000 nautical miles to date in his 15-year career. Stott has spent 104 days in space as a NASA astronaut onboard the International Space Station. Her first flight was on STS-128 and her second flight on STS-133, the last Space Shuttle Mission aboard Discovery in 2011.

Enright invited Stott to Rhode Island, home of the offshore sailing outfit he leads at 11th Hour Racing Team, a few weeks before he set sail on the first leg of The Ocean Race, billed as the world’s longest and toughest sporting event, to compare their perspectives about two phenomenons only a handful of people on earth have experienced – The Overview and Oceanview Effects.

The Overview Effect was coined by author Frank White, who described it as: “… a message from the universe to humanity. The message is that the Earth, when seen from orbit or the moon, is a whole system, where borders and boundaries disappear, and everything is interconnected.”

The Oceanview Effect is a similar experience, explained in a new film voiced by Charlie Enright, and produced by Emmy Award-nominee, Richard Vevers. “As we race around the world and look out of a window, or the back of our boat, we see the natural fragility of our blue planet. But we also experience something else – we get to see firsthand the strength and power of the ocean that dominates and controls our world – the source of life on our planet. As human beings, to survive and succeed we have to respect the ocean, to understand it, and work with it. This is the Oceanview Effect,” explains Enright.

In a new film, released today, Enright and Stott share a wide-ranging conversation that covers everything from how fast each has been on their respective crafts (Stott: 17,500 miles per hour; Enright: 46 mph!), the longest mission they have been on (Stott: 90 days; Enright: 62 days), but also their collective experiences.

Stott explained: “The Overview Effect brings to life in the best way … Wow! We live on a planet! We are all earthlings, the only border that matters is the thin blue line of atmosphere that protects us all. Absolutely everything is interconnected, you don’t get any sense of the ‘other side’ of the planet, it is just a continuum. Whether you see it from the ocean, which covers most of it, or the weather with clouds, or storms. You never get the sense of disconnect. Realizing that is our home, our ‘spaceship’,” she shares.

Enright’s experience of the Oceanview Effect is out in the open sea. “The ocean is so vast, you are so isolated, that intense feeling of isolation, and that might be a good parallel to space. But when racing, I find myself thinking, ‘how big is the ocean, really, if we can sail across it?’ That sticks in my mind – is the ocean big, is it small? What are we doing out here?”

Stott, who explains that co-existing on the space station as crewmates, rather than passengers is a strong analogy on how humankind has to exist on planet Earth – as a team – is akin to a reference used by Enright too – being ocean stewards, rather than ocean users.

11th Hour Racing Team has a mission to compete in and win offshore sailboat races to enable an international platform on which the team can communicate about the importance of ocean health and the solutions needed for change. While racing around the world, the team will be undertaking scientific research – collecting data on sea surface temperatures, water salinity, and trace elements, and also deploying buoys for weather data modelling.

Enright shared his thoughts on life as an offshore sailor. “The lasting impression [of sailing offshore] is perspective. An appreciation for what we are doing, that we are surrounded by the ocean in all its glory, the minimalism that we are able to live with. What we need to survive versus what we think we need to survive, and what we want in our lives on a daily basis. The life that you lead at sea gives you a really good perspective on what is important.”

Stott found real similarities between life on the spaceship and the ocean-going craft: “Your boat is like our capsule – it is your life support system, figuring out how to take advantage of your resources that you have available, to not only survive but also thrive.

“Like you on your boat, we do all this work to allow ourselves to live safely on a space station, this mechanical life support system that we build in space to mimic what Earth does naturally. And we do it really well as crew, we pay attention to how much CO2 is in our atmosphere, how much drinking water we have, the integrity of our thin metal hull, and the health and wellbeing of our crew mates. We do it as we know what we have to do to survive in outer space.

“And it is exactly the same kind of thing that is happening on your boat. Why can’t we do that on our planetary spaceship?

“What you are doing with 11th Hour Racing is finding solutions and raising awareness of the issues and in space we are doing the same thing, measuring the vital signs of our planet. We are both the guinea pigs of science. As we continue to explore space – where everything we do there is ultimately about improving life on Earth – we will continue to benefit from the solutions we bring back to Earth to help improve the health of our ocean and our planetary home,” she concluded.