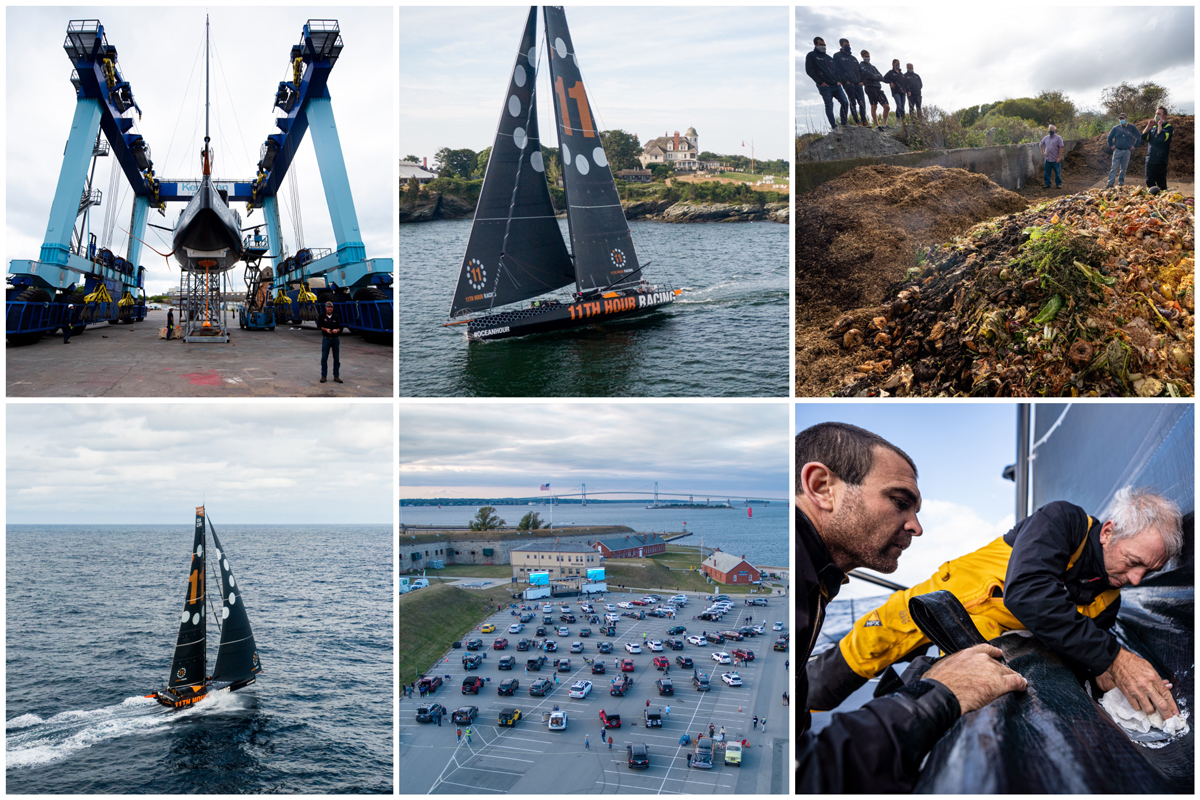 2020 will not soon be forgotten. Full of sorrow and uncertainty but lined with realization and enlightenment, it touched each one of us in a different way.

Every facet of our campaign was impacted: we were unable to travel and train, production and manufacturing ground to a halt, and our Ocean Race goal was postponed by an entire year. That said, we were very fortunate to have kept our health and to have continued our operations, albeit in a very different format from that we had originally envisioned.

On the technical side of things, we were able to get on the water in mid-July, two months later than what we’d expected. Once underway, we were efficient with our time. We left our temporary French home of Concarneau on August 1st, heading west and upwind toward our team home base in Newport, RI. After a fourteen day, unintentionally long and quarantine-satisfying trip, we pulled into Narragansett Bay. It always feels good to sail home, but it felt extra special this time given all the obstacles 2020 had thrown at us.

Being able to share a late summer in Newport with the 11th Hour Racing family, as well as some of their local Grantees, was especially sweet as our original plans had kept us in Europe. It was great to dock the boat at Sail Newport, a long-time supporter of ours and the host of the Ocean Race’s only North American stopover in May of 2023. Sail Newport, NewportFILM, and 11th Hour Racing did an amazing job putting together our COIVD-compliant drive-In Homecoming Event, it really felt like home and provided a taste of normalcy.

For me personally, it was a real treat to be able to live, work and train in waters I’ve called home for 35 years. Commuting in and out of Newport during peak summer isn’t the easiest thing in the world. It made for early mornings and late nights. I’d only see my wife and kids every third day, but it was well worth it! It can be hard to disconnect from work when everything is going on in your own backyard…

Two and half months in Newport, including our six week training session, absolutely flew by. On October 27th, we cast off the dock lines and hadead back to Concarneau, between two low pressure systems and in the middle of the most active tropical season the North Atlantic has ever seen. We routinely saw wind over forty knots; it probably peaked somewhere in the mid-fifties while we were careening down six meter waves somewhere off the Azores. It was great to push the boat in these conditions. We had some breakages, but that helps us find the edge. Knowing how hard to push in these boats can make all the difference in the world. We arrived in France, hauled the boat and prepared it for a brief technical period over the winter months.

Before flying out we were able to slide into CDK Technologies for a sneak peak of the new ride. Seeing the new IMOCA 60 in real-life ratcheted up the excitement and the sense of urgency.

2020 has complicated our ability to be on-site for the build. To say we’ve felt disconnected at times, would be an understatement. Being at the facility was refreshing and rewarding. Seeing all the progress, the components, the work that our sustainability team has done with alternative materials and our commitment to footprint tracking… it was all worth the 10 day sail through Southern Ocean-like conditions.

The boat is slated to launch in July so there is still a lot of work to be done, in construction and design. We’ve kicked a lot of key design decisions to the right in order to arm ourselves with as much information as possible. Our technical decisions get made based on our on-the-water sessions, our simulation training, discussions with designers from Mer Concept and Team Verdier…and from watching the Vendée Globe like everyone else!

As I sit here in my somewhat-Zoom-appropriate sweatsuit, thinking about the guys and girls duking it out at the bottom of the planet, it’s hard not to be thankful for how lucky we are. We get to pursue our passion, as a profession. Thanks to 11th Hour Racing’s commitment and ambition we’re able to compete on the water while fighting hard to preserve it. We’re able to partake at the highest level of sport while simultaneously engaging on subject matter that’s near and dear to our hearts. We’re lucky to collaborate with some of the world’s most intelligent minds, whether they’re designing boats or helping to solve our climate crisis. On any given day we can be working with a Naval Architect in New Zealand on stability factors and with a local Grantee here in Rhode Island on composting,

The end of 2020 gives us time to reflect on what’s happened and where we’ve been, but it also gives us time to plan and prepare for where we’re going in 2021. For us, there’s a lot of work ahead in 2021. We have a boat to launch, a host of shorthanded races to compete in and Ocean Summits to attend before we line up against our competition next year.

But for now, it is time to take stock, to rest and recuperate and to give thanks to all those who have worked so hard to keep us safe in this past extra-ordinary year.

Thank you for all your support and messages over this past year: we look forward to continuing this journey with you in 2021 and beyond.