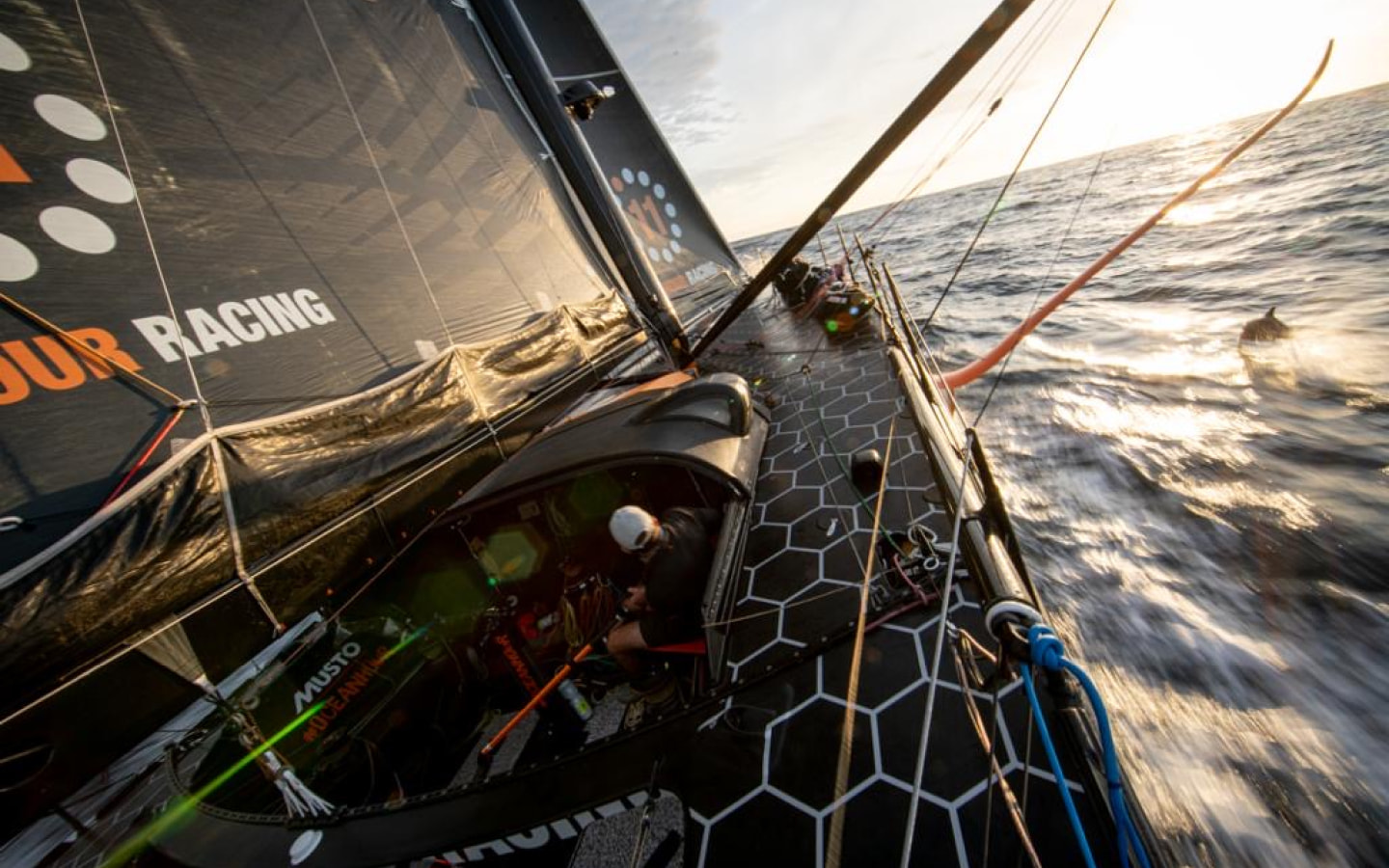 Onboard update from Amory as the team closes out their third day at sea for their Atlantic crossing training sail from France to Newport, RI:

It has been a long time since I’ve been able to write on a bouncing keyboard! Feels surprisingly good… (hope those feels last to the end of this update 🙂 )

So. A transatlantic to Newport that was originally planned for May 1st is finally under way, and to say we are excited to be out here is a huge understatement.

Between the obvious passion the six of us onboard have for sailing across the ocean, the important miles of testing on our new foil, bringing this boat to friends and family in Newport and the simple privilege of being able to do what we love to do again – there is a lot for us to be happy about.

Crossing the Atlantic east to west and this far north is probably classifiable as a delivery route; we’re going against the grain in a lot of ways. Not only are we sailing into Gulf Stream currents but we’re also going to be bashing through east-moving low pressure system after low pressure system.

US-to-France and you’d be looking for one front to ride all the way across and a record to break while doing it. France-to-US and we’re basically running through a series of strong walls until we reach Rhode Island. Maybe not the quickest or most pleasant of itineraries, but that’s what you get out here in the late summer as storms start rolling up the eastern seaboard and then out to sea. On the plus, it does give us a huge variety of conditions to train in, and we will certainly be making the most of it as it’s been seven months since our last offshore adventure!

Looking forward to being in touch again as we make our way west. Plenty of fun things to relay from out here on 11th Hour Racing.