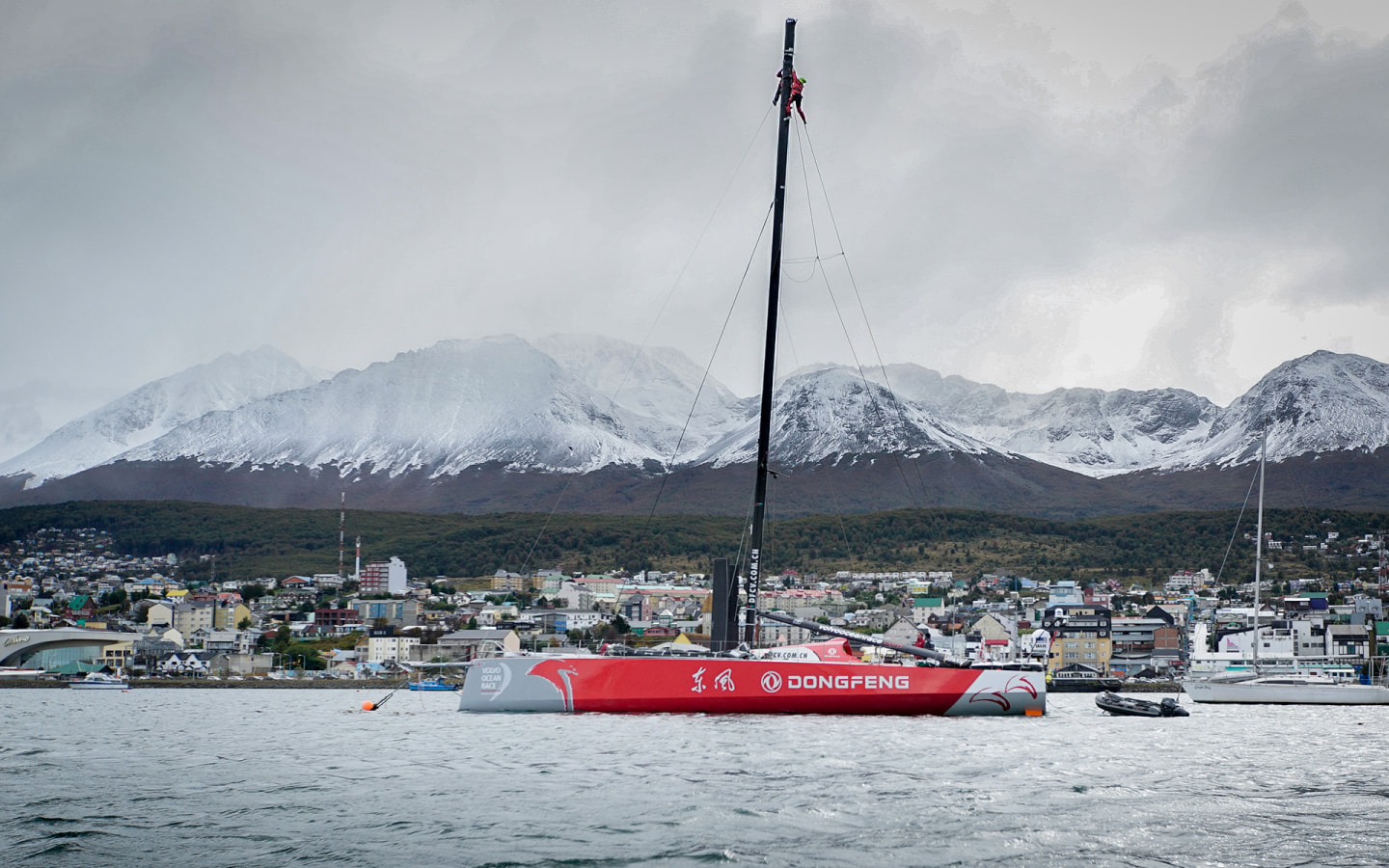 Sustainability Program Manager, Damian Foxall has more than 10 round the world races under his belt and has participated in 6 editions of The Ocean Race. He’s certainly seen more than most sailors! Today, he revisits his favorite moments from past Ocean Race campaigns.

2001-02: The Southern Ocean onboard TYCO – Snow on deck and seeing Albatross

The VOR 60 class in 2001 had only small differences of speed across the fleet, and with an absence of ice gates to restrict us, the 2001-02 race saw the teams pushing deep into the south in some cases below 60S.

Snow on the deck and icebergs became common as we pushed further and further south, Deep south, where mankind is only a visitor and Albatross eyeball us with quiet curiosity as they glide past, try to sleep, feet forward, cold water ondeck, the turn of a winch, and the incessant noise,  a shout for watch change, wet boots and warm gloves. On deck the water hurdles past the stern and like a madman I laugh …it is good to be alive and I wouldn’t change this moment for anything.

“The Holy Grail,” The Ocean race is one of the hardest sporting events to win. It requires the perfect alignment of management and sponsor, team and technology, the elements and performance.

At any stage the smallest error or bit of bad luck can bring the best made plans tumbling down. Following near disaster off the tip of South America when we lost our rig, we fought back from an impossible position to go on to to win The Ocean Race.

Impossible, improbable but maybe in some ways inevitable, five Volvo Ocean Races, four years of hard work, a great team and with the final leg into Galway, Ireland a script written in gold. A career highlight that represented years of effort and the search for excellence realized on the international stage, with the final act played out at home.

Leaving Galway in a big downwind race past the Blaskets and Skellig rocks. A stone’s throw from where I grew up, and the local community of friends from the Derrynane inshore rescue boat waving us off as we led the fleet south past “God’s Country’.

All highlights aren’t always defined by success, but by other elements that stand out – teamwork, challenges overcome, and hardships weathered.

Breaking the mast before Cape Horn in the 14-15 race, we eventually stabilized the rig 24-hours later, and that night entered the Beagle Channel.

Disappointed and recovering from 2 weeks of hard sailing, we motored through the channel at night with the moon lighting our way and the glacier faces illuminating either side of the channel. The following morning we arrived in Ushuaia and I spent two days working with Kevin Escoffier up the rig to get it ready for the long voyage north and back into the race.

After abandoning the leg, Dongfeng rejoined the race and went on to finish 3rd overall, a credit to the team and the importance of tenacity.

As we got the boat ready for the Southern Ocean leg in New Zealand, we had the chance to meet one of the team’s grant recipients in New Zealand – Orca Research Trust. Dr Ingrid Visser specializes in marine mammal behavior and particularly the Orca population in New Zealand. To have had to opportunity to meet such passionate leaders with the Vestas 11th Hour Racing team was an inspiration as to the power of sport, and the importance of using the platform of sailing to achieve greater goals than just the podium.