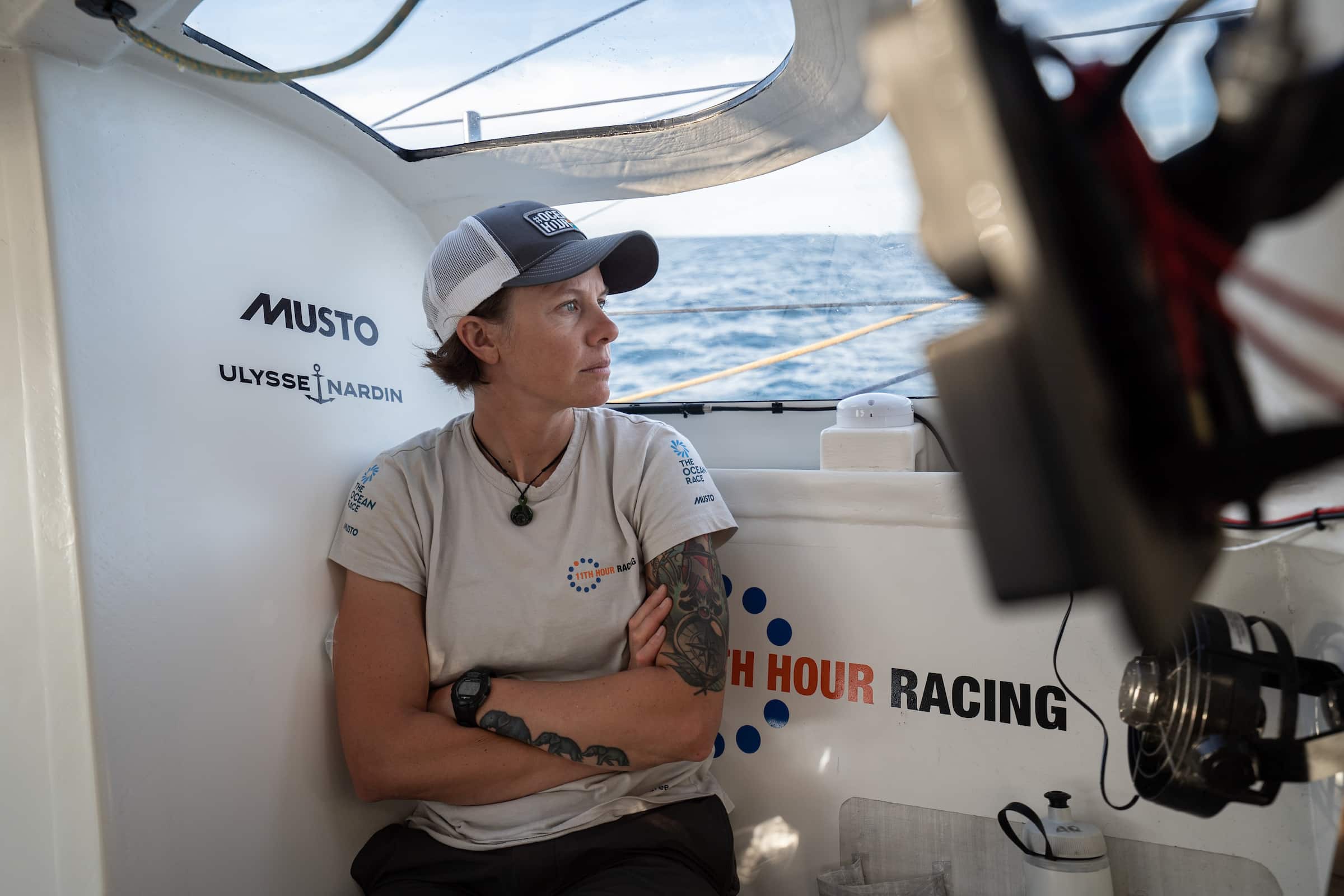 Exactly 24 hours before the start of The Ocean Race 2022-23, we caught up with trimmer Francesca Clapcich, or Frankie as she is better known, to hear her thoughts on the eve of departure on the 58,700 kilometers [31,700 nautical miles, 36,500 miles] race around the world.

With just 24 hours before the start of the race, how are you feeling?

I’m feeling good. Of course you can feel that we are getting closer to the race start. The weather, especially for the first 48 hours, is going to be tricky. There are a lot of transitions, and then we get into a really strong Westerly flow as we approach Gibraltar, so for sure we will be trying to race fast, but at the same time, we need to preserve the boat; we could actually lose the race if we do something stupid. I’m not sure you can win the race in this first leg, but you can definitely lose it, and I think we need to keep our brain pretty switched on, at least from the start to when we can get out from Gibraltar. Then it actually looks like a really nice flow, with a high pressure, until we get to a Cabo Verde, and then it will be full horsepower back onboard to get there as quickly as we can.

For both types of sailing you push really hard, but the biggest difference when you’re racing Olympic classes is that you go back into a nice hotel bed every night, with a nice warm meal, and a good shower! And then you just repeat that the day after.

And here it is similar because we’ve worked for so many years for the end goal of The Ocean Race, and then big picture, it’s only six months. In six months you feel like you need to execute all those hours of training, so it’s really similar. People think that racing dinghies and offshore boats are very different, but they are still boats, and still sailing on the ocean. A slightly different life onboard but a lot of similarities.

What do you miss most when you’re away at sea?

Definitely my family. I think that’s the hardest thing, to say goodbye on the dock. Even when the leg is pretty short, or even when you go for a day sail, you wonder what they are doing … And now I have a little daughter, it is even harder now. She’s looking at you, and you know that you’re going to miss something, she’s growing up so quickly.

But then as soon as it is go-time, there’s not too much thought about everything else. You can be a little bit selfish, in my opinion, for your own benefit and for the benefit of the team. When you’re out there, you’re also taking care of the other people with you, and you’re performing with other people. So you need to be a bit selfish and leave everything else behind.

Do you take a luxury item?

I don’t have tiramisu – that would be a real luxury! Music on the phone could be considered a luxury for when I’m trying to get some sleep as it’s relaxing. But Amo [Amory Ross] is always really good at packing food, so there are always some good treats that I can just rummage around for in the middle of the night, finding good stuff to eat.

You’re the only Italian sailor in the IMOCA fleet. Do you feel the weight of a nation on your shoulders and how does it feel to be representing your country?

I’m not sure I feel the weight of the nation, but it’s a feeling of mixed emotions. It’s kind of cool, and at the same time, it is a bit sad because we have so many good Italian sailors who definitely would be able to do this at a really high level, and in the end, it’s only me.

So hopefully everyone in the country can see that this is doable. It would be awesome to see more projects coming from a country that is surrounded by water. Very mixed feelings …

These boots are really physical to sail. Paint a picture for me about what life is like onboard.

So … I have never spun inside a tumble dryer [Editor’s note: don’t try this at home!], so I can only imagine that it could be something similar?!

Sometimes I feel like we are actually getting a lot of micro-concussions in our brains, which might have a long-term effect on our health because it is violent sometimes, especially when there is a bad sea state and when it’s windy. The motion of the boat with the foils is more like slamming on a flat surface than what we experienced with the VO65s when we were always heeled over, and it was more like a forward and back motion: it gets pretty intense. I have never been seasick before in my entire career, and on this boat, I have already been seasick twice. So quite intense.

At 11th Hour Racing Team there is a strong ethos around the protection of the ocean and creating action for change – why is that important to you?

For me, ocean health has always had a massive importance in my life. I grew up in a small town in Italy [Trieste] that is surrounded by water. And we lived on the water as a family, swimming, walking, and sailing.

When I was little, and with my parents, we were going sailing, and everything was slightly purer, you didn’t see tons of waste or rubbish in the water. And as the years move forward, it feels like it is getting worse and worse. And it’s just so sad because the same rocks and beaches and docks that I was playing in when I was four or five years old, that we were swimming in and being happy playing in the water, you could see the bottom of the beach and the water, and now you can only see a few centimeters underwater because it’s so dirty.

And for me, the ocean is a special place, and to be on the water in the ocean and see how we’ve treated it, I think we definitely need to take action and not just be talking about it. Let’s do something now – it’s time and we can potentially leave the ocean a better place for future generations.

It sounds super basic, but just clean up as you go! You eat at a nice table, you clean up, you clean up the plates after dinner. It’s just a basic concept that we use every day. And it seems we have forgotten this basic principle – clean up after yourself.

Of course, I think that corporations actually have a lot of power, not only our small and personal actions, the corporations can have a huge impact. For sailors think about how you build your boat, and what resources you use. It’s not just about raising awareness of these issues, it’s actively doing something to address them.