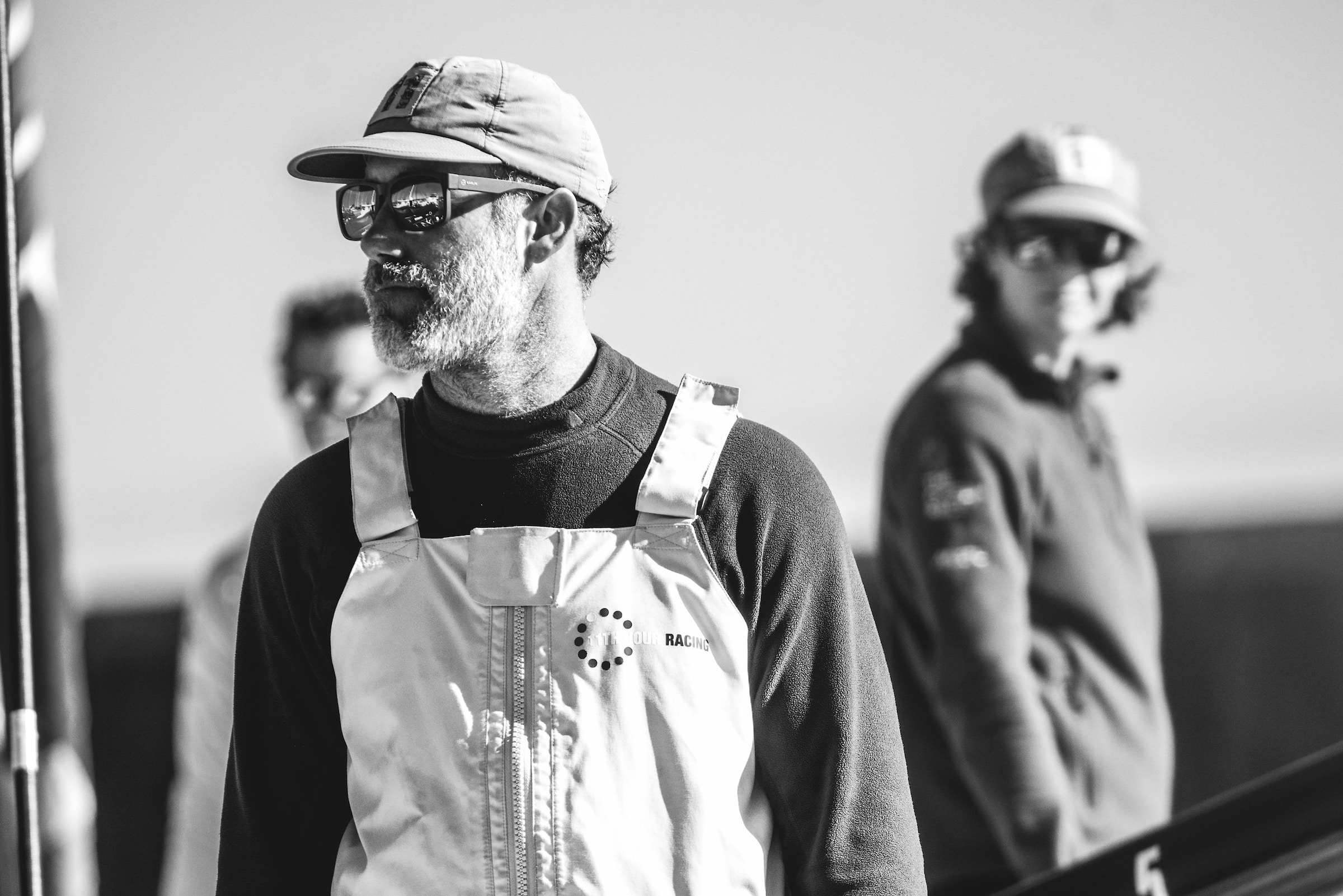 11th Hour Racing Team Media Crew Member, Amory Ross, is about to embark on his fourth Ocean Race. He takes on the important role of telling the story to the fans and media following the race. Here’s what he had to say before the start…

Amo, it’s your fourth Ocean Race. What is it about these boats and the race which keep bringing you back?

There are so many different elements to that question! As a sailor, it’s hard not to be drawn to advancements in technology. The IMOCA is an incredible boat, and we’re all going through a learning process and now that we’re back to a developmental boat, that learning process involves a lot of tools that I can contribute to, so I enjoy sailing the boats, I enjoy improving the boats, and I enjoy contributing to the success on water.

That’s one column. Another is of course this notion of team; I love being a part of teams. I love leaning with other people and having them lean on you, and I love what you can achieve as a group. Camaraderie is an amazing thing and sharing these experiences is a real reason to continue doing these sorts of events.

And then the third column is far more personal. It’s this notion of adventure and exploration, and challenging yourself and pushing yourself perhaps farther than you expected to be pushed. And you learn a lot about yourself through the process of sailing around the world. And with each race you do, there’s an evolution to it and there’s always more to learn. always more to grow, change, improve. It’s been a combination of those three fundamental elmemental engagements that bring me back.

You’ve sailed in three types of boats in The Ocean Race – the VO70, the VO65, and now the IMOCA. Tell me about them.

I have been so lucky. My first race was in a Volvo 70. If you ask some of the old timers, they would say the 70 was the last true Whitbread style boat. It was incredibly powerful; you were utterly exposed on deck where there was very little protection. The boats were big. they were light, they were designed to sail from point A to point B as fast as possible, and with a crew.

And this racehorse fed that unique three-year cycle. There was a lot of room inside, but they were pretty Spartan. And then we graduated of course to the 65 which was designed essentially to increase the lifespan of the event.

The Volvo Ocean Race needed a one-design boat, and it needed something that was a little less intimidating to attract teams. And Alvimedica, the beginning of Charlie and Mark’s participation in this race, is a great example of that. But they were heavy, they were overbuilt, which meant that they were really strong, but you lost this notion of finesse or skill that was required to maintain a platform like the Volvo 70.

The race became about who was going to push harder, as the sailors were a little more protected, you had a lot more freeboard, there was more of a coachroof, you had two doors instead of one, and there was a much deeper cockpit. It was just a different brand of sailing altogether. They healed a lot, they were uncomfortable in different ways.

And now we find ourselves in a completely different genre of boat. It really is, altogether, a very big shift. They’re small, they’re really light, they’re really fragile, they’re designed for one person, space is at a premium. And then you start throwing things in like foils. And there are more sensations that are present, like sound, for example, it is so much louder than they ever have been.

And the slamming that the semi-foiling creates is unlike anything that any of us have experienced. The mental challenge of living inside is hard – we’re now under a roof with walls on all four sides. And although this is not so much an issue for me in my role onboard, but things like the autopilot have an impacts – someone’s not driving, and you have two people on watch. So the impact of that change to a class that’s really built around one person, but we are sailing as a crew is noticeable in every aspect of what we do onboard.

So which one would I go around with?

Maybe I’m dating myself a little bit here, but there’s something very special about the Volvo 70 – it was an amazing boat and the performance ….. You really had to know how to nurse it around the racetrack, and that requires a ton of skill. And it rewards teams that do that correctly and punishes teams that don’t, and to me, that’s a big part of this race.

So your hometown of Newport is halfway through this course. Is your eye on ‘coming home’ at all?

There’s a bit of a wall between here and there, something called the Southern Ocean! But there’s no doubt that sailing home to friends and family and the community there, a community that is just so in love with sailing and this race, is for sure going to be the highlight of my race.

And as it’s my fourth race, I guess I’m trying to consider this potentially as my last. There are some waypoints along the way that I’m going to really appreciate, Cape Horn being an obvious one. There are a number of others, but I think trying to appreciate all the little things between here and Genoa is going to be really important, and sailing in to Newport, regardless of what time of day it may be, and whatever the conditions will be, is something that I’m anxiously looking forward to.

Apart from the storytelling you do onboard, what are your other duties?

Of course the storytelling, photography, the videos, the writing – they are my primary purpose on board. And the rule states that there’s a lot that I can’t do, but it doesn’t necessarily shed light on what falls between the cracks.

And those are the things that are really important to me as a competitor myself. I want to contribute to our success in every way possible. A good example of this is something like the food. Food is a huge commitment of time and energy both before a leg as well as during the leg. And if that’s something that I can do, that alleviates time and energy for the other guys on the boat, then that is in my eyes a performance gain.

And I do other things, like bailing, stacking the food, which for at least one leg of this race is going to have a lot being a positive influence morale wise, and making sure that they’re sailing safely is another big one.

The IMOCA Class has presented a bit of an issue with visibility. So just being the eyes outside the boat at all times when we’re sailing along the coast is a really important role I play.

There are all these other ways to contribute and I treat that like currency. From my first race,  knew I had to earn the respect and the trust of someone that I was going to take care of, and answer in a way that didn’t work poorly for them. But also I know that I earned the right to be there. And so I’ve always treated the jobs that I’m allowed to do like currency onboard and it’s currency that I then spend when it’s most needed.

Do you take a luxury item with you?

I know I’m a bit dated, but I learned from some fairly weathered old Kiwis that there are no allowances for such things as luxury items, and that’s the way I’ve approached what I take onboard ever since.

It’s a complicated answer because there are so many different ways to come at it. But I’d say our greatest asset is our people. We spend a lot of time working on building a group of six sailors, over three years of training. A lot of great people have come and gone, but I think the one thing that separates this group that we have here is just total commitment, to this race and to winning.

We’ve had a lot of other sailors with a lot of other commitments, and they’re incredibly talented and capable in their own right, but the five onboard are 100% focused on winning this event.