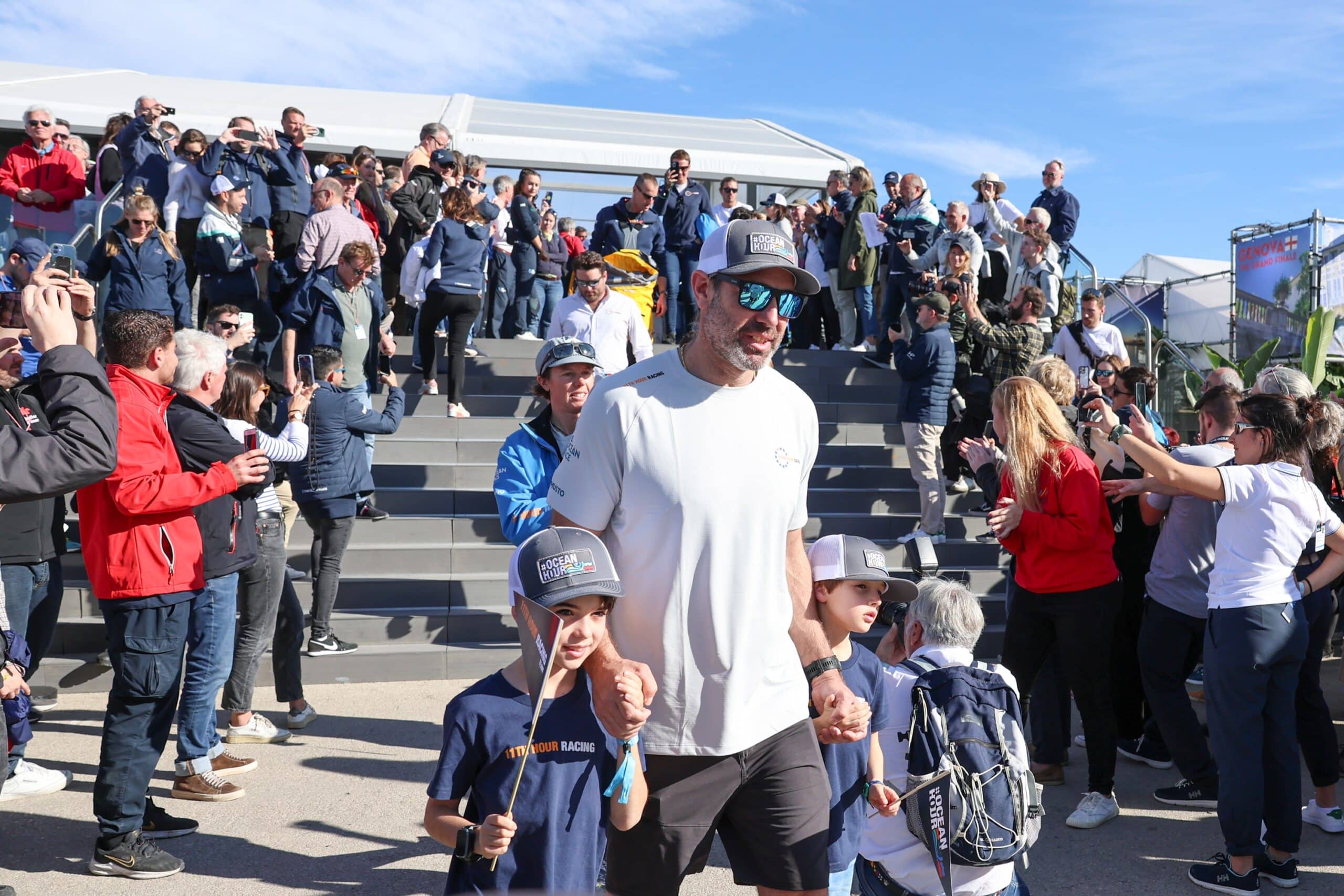 Simon Fisher is the most experienced sailor in The Ocean Race 2022-23 IMOCA fleet and is about to start his sixth circumnavigation of the planet. On start day morning, as he underwent his medical prior to departure, we caught up with our navigator at 11th Hour Racing Team.

Si Fi, this is your sixth circumnavigation of the planet, what is it that keeps bringing you back to this race?

It’s certainly addictive, that’s for sure! And even hearing about what’s going to happen in the next race [there was an announcement this morning about the next edition], I certainly won’t be one of those people who say ‘never again’.

I always get to the end of the race, and because I’ve learned so much, and I’ve come so far, there’s always a bit of excitement about what I’d do differently next time, or how I could apply everything I’ve learned in the last six months on to the next one.

But for me personally, what really attracts me to this race is the technology and the massive challenge of learning these boats. And of course, it’s always been really, really good fun. I love being part of an Ocean Race team, it’s really nice. Outside of this race and the America’s Cup, there aren’t many other projects with this type of longevity, how deep you can go into everything. It’s fun to be around people and to be doing some of the best sailing in the world.

Back in April, we were wondering if there was even going to be a race, but now, being here with the huge crowds and my phone has been pinging with so many messages, that’s when you really realize it’s still one of the pinnacles of the sport, and it is pretty awesome to be involved.

What’s more challenging for you – the mental challenge with the strategic decisions that you have to make, or the physical challenges of sailing in these types of boats?

The mental side as a navigator and getting all the details right probably has a bigger bearing on our overall result. But I’ve also been pretty strong with the fact that if you have a healthy body, you have a healthy mind and it is incredibly difficult onboard, and that’s part of the challenge.

You’ve raced in the VO70s, the VO65s, and now the 60-foot IMOCAs. What’s it like to sail these different boats, and if you had your time again, which would you want to go around the world in?

That’s an interesting question. I was excited when we started this campaign, back in 2020, and I had the same feeling that I had the first time I sailed in the 70s. These new boats brought questions about how are we going to tame these beasts, and how are we going to sail them. Because the 70s were really cool, they were incredibly powerful boats with canting keels, big sail plans, and they were great fun to sail, although a little bit fragile. So there are a lot of parallels between the 70s and the IMOCAs.

The 65s are obviously bigger boats than the IMOCAs and you have more people onboard. The step to the 65s was a change as the boats were stronger and more robust, they were certainly less extreme than the 70s were. But the challenge was also the one-design element, it was about using the stuff you have the best you can, and making decisions the best you can. It was a different challenge, but certainly, it was just as much of a challenge.

And then we have gone full circle design-wise. In the 60s the design decisions that were made one or two years ago will make a difference, and we’ll see that on the water. It’s about learning the boat inside out, learning how to get faster, keeping it in one piece, and making smart decisions on when to push and when not to. There are a lot of parallels with what we did with the 70s and the 60s as well, but equally they are different boats and they look completely different.

If you had to pick one, which one would it be?

It’s a good question actually! It is a really tough one as you can’t stand still in time. The 70s were amazing, the 65s did a really good job of getting us through that period of the race when the 70s weren’t financially viable, and now we are in a situation with a crazy new world of the 60s. It is easy to get nostalgic about the good old days, but right now I’m happy to be in the 60 because everything moves forward and being on the front of that development is what it is all about.

Do you take a luxury onboard?

I like having music or podcasts. I’m going to be so busy, there isn’t much time for luxury!

It’s a really complex forecast from the off. We’ve got this front coming in tonight and it is not sort of your classic front with rain and wind that you would see out in the Atlantic. It’s a very dry front, and it is going to come over a lot of terrain as it has crossed all of Spain. So the wind is going to be coming with the land in fits and starts, shifting and shifting back.

And then with this front coming through, there is the potential for some big holes at Cabo de Gata, so there could be some leg-defining moments. And then once we’re down in the Alboran Sea, it is going to be windy and westerly, so some harsh conditions for the boat and the crew.

If you get caught in a light patch at Cabo de Gata, it could be leg-defining, and you have to get out in the strong breeze and not break, which could be race-defining. And then once we are out of Gibraltar, we can actually look forward to some nice, good downwind sailing, with a little bit of upwind out of Gibraltar, but then reaching down quite quickly. There will be some nice sailing and it will be nice to get out into the ocean, having been wrestling with headlands for 48 hours.

Where are you in your head right now?

I’m really looking forward to getting going and getting out there. It’s nice with my family here, but it’s hard to say goodbye. Obviously having spent time looking at the forecast, I know what the pinch points are, and I know where it could get tricky, so I will definitely be more relaxed when we get past that, but that’s all part of knowing what’s coming up, and doing a good job. The nerves are because I know what is coming up and I know it is going to be tricky, but we are well prepared. Looking forward to getting going. It is always a massive circus, this start week especially, so it will be pretty nice to get out there and get racing.