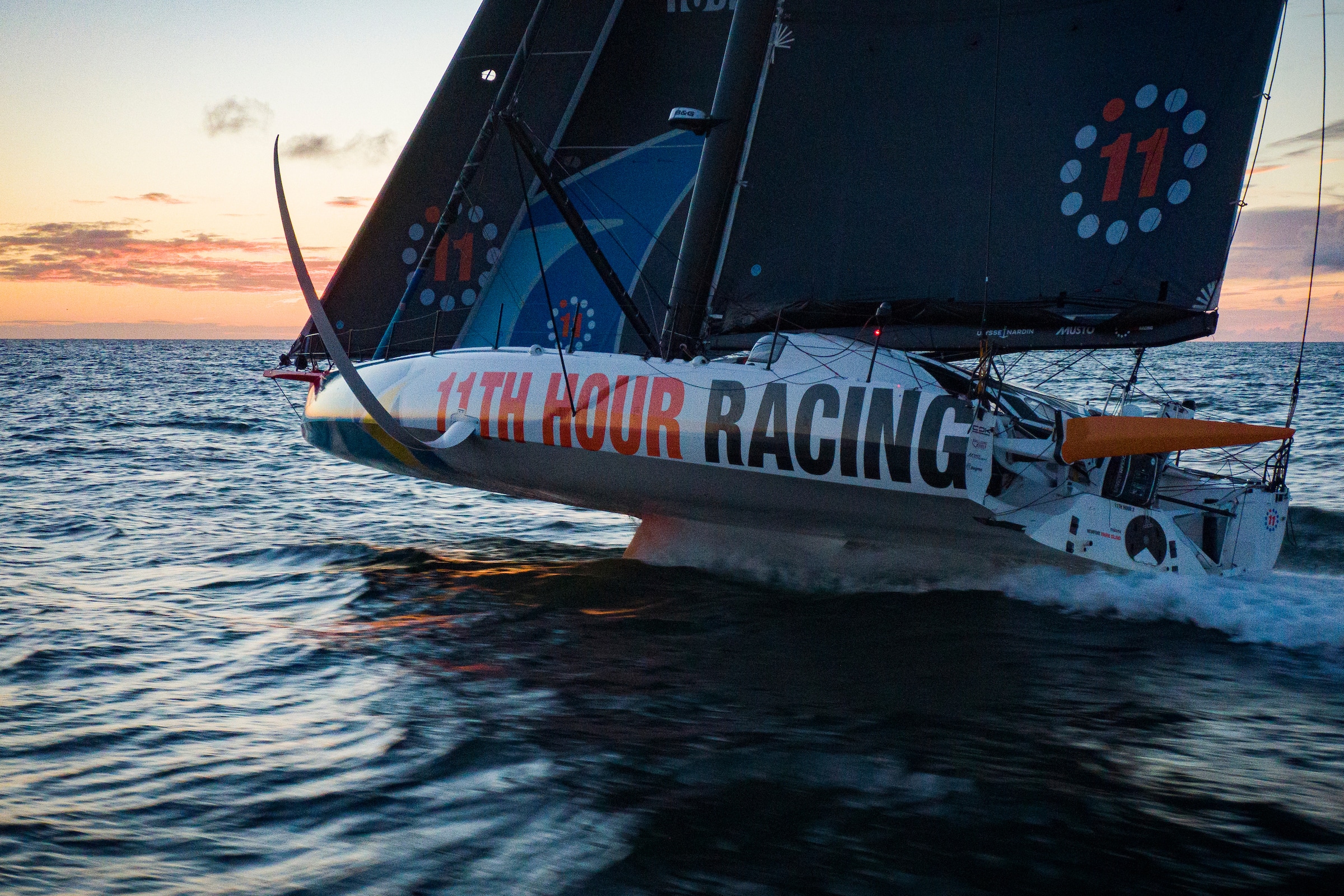 A small center of excellence in Brittany is delicately bridging the gap between collaboration and competition in the world of offshore sailing. They’re picky about who they select and you must play by their rules.

With a little over 100 days to go to the start of The Ocean Race, 11th Hour Racing Team CEO, Mark Towill and Skipper Charlie Enright couldn’t be in more different settings. As Mark stands up to present to a room full of Ocean Race teams, host cities, partners and management at a conference in Alicante, Charlie and the sailing team are taking part in an exclusive training program off the coast of Brittany.

“The team are currently training at Le Pôle Finistère against ten other IMOCA boats,” says Mark addressing the conference room. “Last I heard it was blowing 35 knots so I know where I’d rather be!” 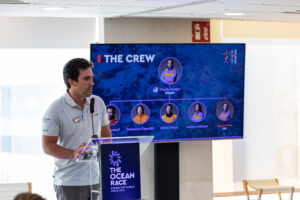 It’s unclear whether everyone in the room knew what he was referring to, but it would be easy to assume very few would want to be crammed into a 60 foot performance race boat slamming around in 35 knots [69mph or 111kmph] of wind off the coast of Brittany. It’s likely the sailors onboard will be battling seasickness while trying to maintain concentration on the optimal performance of these complicated speed machines.

A few minutes later, the conference screen behind the MC goes blank and a pixelated image appears on the screen – it’s Amory Ross, the team’s Media Crew Member out training with the crew as they take part in Le Pôle Finistère training program. The room looks up, surprised and intrigued to see a live connection from inside one of these boats.

“It’s errrrrr, well [SLAM] let’s just say the sea is [SLAM] angry,” says Amory as he’s thrown around the cockpit. “We’re out here [SLAM] seeing waves between three to five meters and it’s [SLAM] pretty gnarly. You can see Charlie behind me and [SLAM] we’ve got a lot of learning to do out here.”

So, what exactly are they doing in the Bay of Biscay, alongside ten other boats? The answer is mining for gold.

In a small, modest building in Port La Forêt, southern Brittany, lies what could arguably be described as one of the best sporting academies in the world. It’s called ‘La Pôle Finistère’ or ‘Pôle’ for short.

Every few months, high-performing IMOCA boats and sailors come together to train in a unique collaboration, where selective information will be shared in the interest of optimizing everyone’s performance.

As Charlie says, “to become the best, you must train with the best”. To join a Pôle training session, a team must be willing to give up all their data for mining by the experts in the hope that in exchange, there will be gold from the other teams.

For four days, trust and confidentiality are at the top of the agenda. In extremely private debriefs (no cameras allowed), the experts are selective and particular about what data is shared, allowing an equal playing field for all participating teams. Le Pôle Finistère are notoriously picky about who they allow to take part: 11th Hour Racing Team is the first Anglo-Saxon team allowed into the program.

“In these training sessions, there’s an absence of pressure but the same subliminal competition is present,” explains Amory. “There’s the opportunity to really gain in learnings from this approach and it’s so unique. With other Ocean Race teams here we’re able to truly collaborate. I’ve never heard of anything like it in sport.”

Founded in 1993, Le Pôle is a training school designed for excellence.

“It’s about giving the team every opportunity for success in The Ocean Race,” explains Mark. “There is more pressure on our team than ever before. We’ve had the most time on the water, we’ve completed several Pôle sessions, and we are well prepared.”

While having time on your side (compared to the other Ocean Race teams who all launched in the last three months) can ease the mind on occasion, it can also bring about sleepless nights for both leaders. “We won’t know until the start of the race where we truly stack up, but Charlie and I discuss the pressures all the time, each aware of the other’s challenges,” says Mark.

Meanwhile, on the water, off the coast of Brittany, Amory texts through a progress report, a brief update in comparison to his usually well-rounded and eloquent blogs – often indicating conditions onboard are rough. “Hi, pretty terrible sea state – slamming has been relentless. Last night was difficult. No moon, zero visibility steady 35 knots, dead downwind in a short and very steep sea state. Lots of near wipeouts – plenty to learn.”