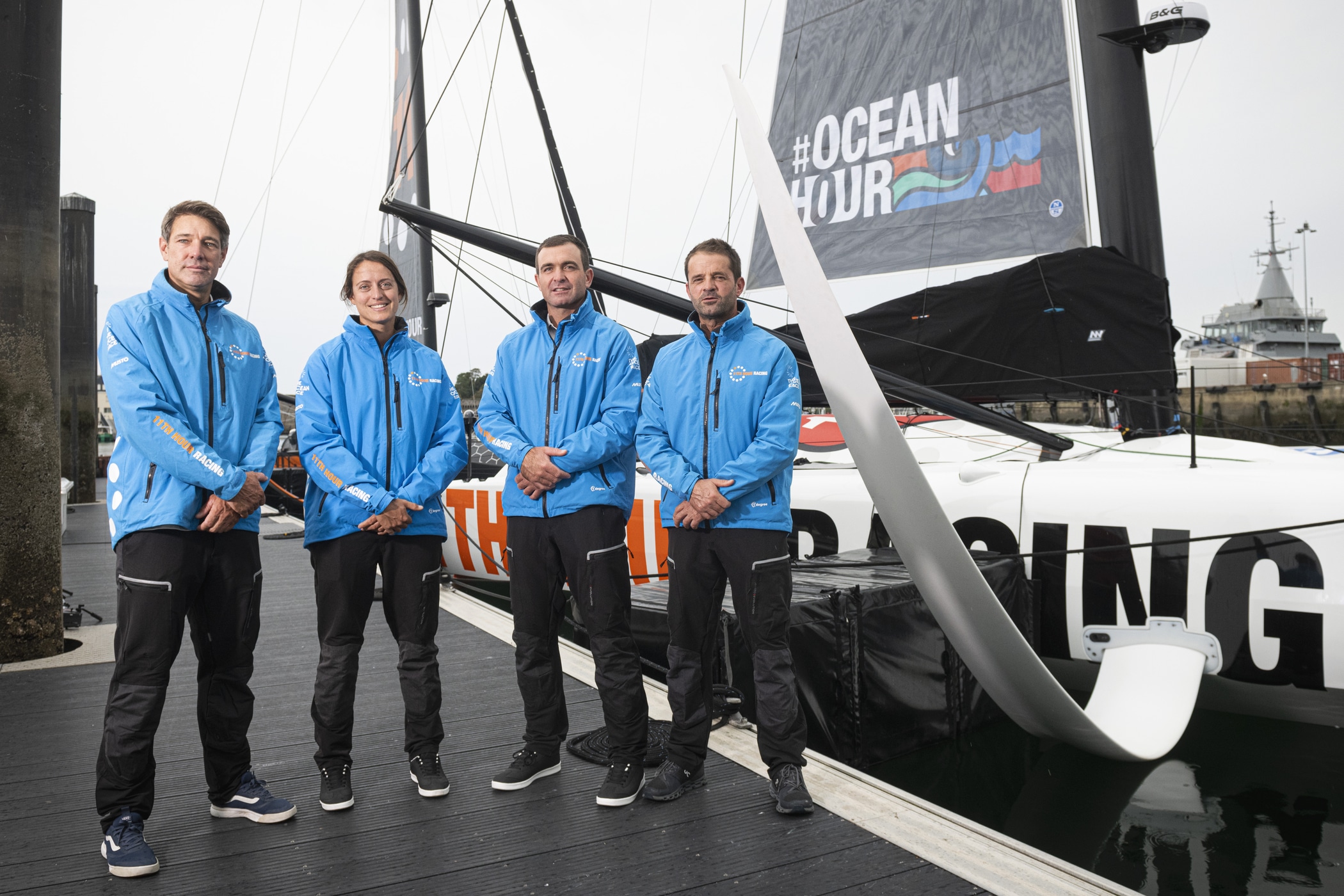 Another exciting moment is ahead for the Team! This week, we are starting at Le Défi Azimut in Lorient, France. For the first time, we have two boats lined up, celebrating Mālama’s premiere in the international race circuit.

Tomorrow, the international elite of offshore yachting is gathering in Lorient on the Atlantic coast of France to battle for glory at Le Défi Azimut, a unique showcase regatta over four consecutive days.

The event brings together 32 of the world’s best offshore skippers, split into 16 teams of two. Competing in the IMOCA class, which every four years contests the Vendée Globe solo round-the-world race, these men and women will be putting their high-performance yachts through their paces on inshore courses, on a two-handed offshore race and, to finish, a round the island race.

11th Hour Racing Team is competing with two crews: one consists of Justine Mettraux and Simon Fisher, who recently scored a third place in their debut as a double-handed sailing crew at the prestigious Rolex Fastnet Race. The second team is formed by Charlie Enright and Pascal Bidégorry  who will be premiering the Team’s brand-new yacht as it takes to the racecourse for the first time.

The new boat is the new-generation IMOCA yacht designed to be sailed both in a fully-crewed and solo or single-handed set-up. The team is aiming to win The Ocean Race 2022-23, the unofficial world championship of offshore ocean racing, with this boat carrying the name Mālama (Hawaiian for: ‘to care for’ – more on the boat’s name and naming ceremony here).

Excelling in sporting performance is, however, not the only goal of 11th Hour Racing Team. Dedicated to raising awareness about ocean health and driving positive change in the marine industry, the Team has worked with alternative materials and put sustainable innovation at its center when building the new boat.

”The moment to stretch Mālama’s legs has come! We haven’t had a lot of time to train on our new boat, so we look forward to testing everything out at Le Défi Azimut. Our focus this year is the Transat Jacques Vabre and we want to make sure the boat runs smoothly before taking on a race across the Atlantic.”

An event still not well-known outside France, Le Défi Azimut is a standout regatta in offshore yachting with a unique format. Divided into three parts, it consists of different challenges requiring the crews to demonstrate their skills in a variety of situations:

Time to push those boats to full speed! Each team will attempt to break the IMOCA 60 record over a one nautical-mile course [1.15 miles; 1.85 km] between Lorient and Ile de Groix. There are up to four goes for each crew who will sail the course on their own each time, offering plenty of opportunities for spectators to witness great action.

For the flagship event of Le Défi Azimut, the crews do an overnight loop into the Atlantic Ocean. 48 hours is short in offshore sailing terms but long enough for the competition to heat up between the teams. The skippers are supported by an onboard media man, making the race an inclusive virtual experience to be followed online.

For the grand final, the teams will sail around the picturesque Ile de Groix off Lorient. During this last race, the skippers can showcase their inshore racing skills and their ability to get their best out of their boats when in close proximity to their rivals on a short course.

Le Défi Azimut is part of the IMOCA Globe Series, a multi-event circuit of prestigious yacht races including the solo Vendée Globe and Route de Rhum, the fully-crewed Ocean Race, and the double-handed Transat Jacques Vabre. All the teams signed up for the event will start the Transat Jacques Vabre (TJV) in November this year, leaving from Le Havre, France to the French Caribbean Island of Martinique.

“All these events are new to me, so I am really excited,” he said. “The transition into double-handed sailing with Justine has been great, and we look forward to building up our level of competitiveness over the next few weeks leading up to the TJV. We have probably both surprised each other with how smooth everything goes between the two of us onboard. We really work well together as a team, and it feels great!”

The official event program and more information can also be found on the Défi Azimut – Lorient Agglomeration’s website.