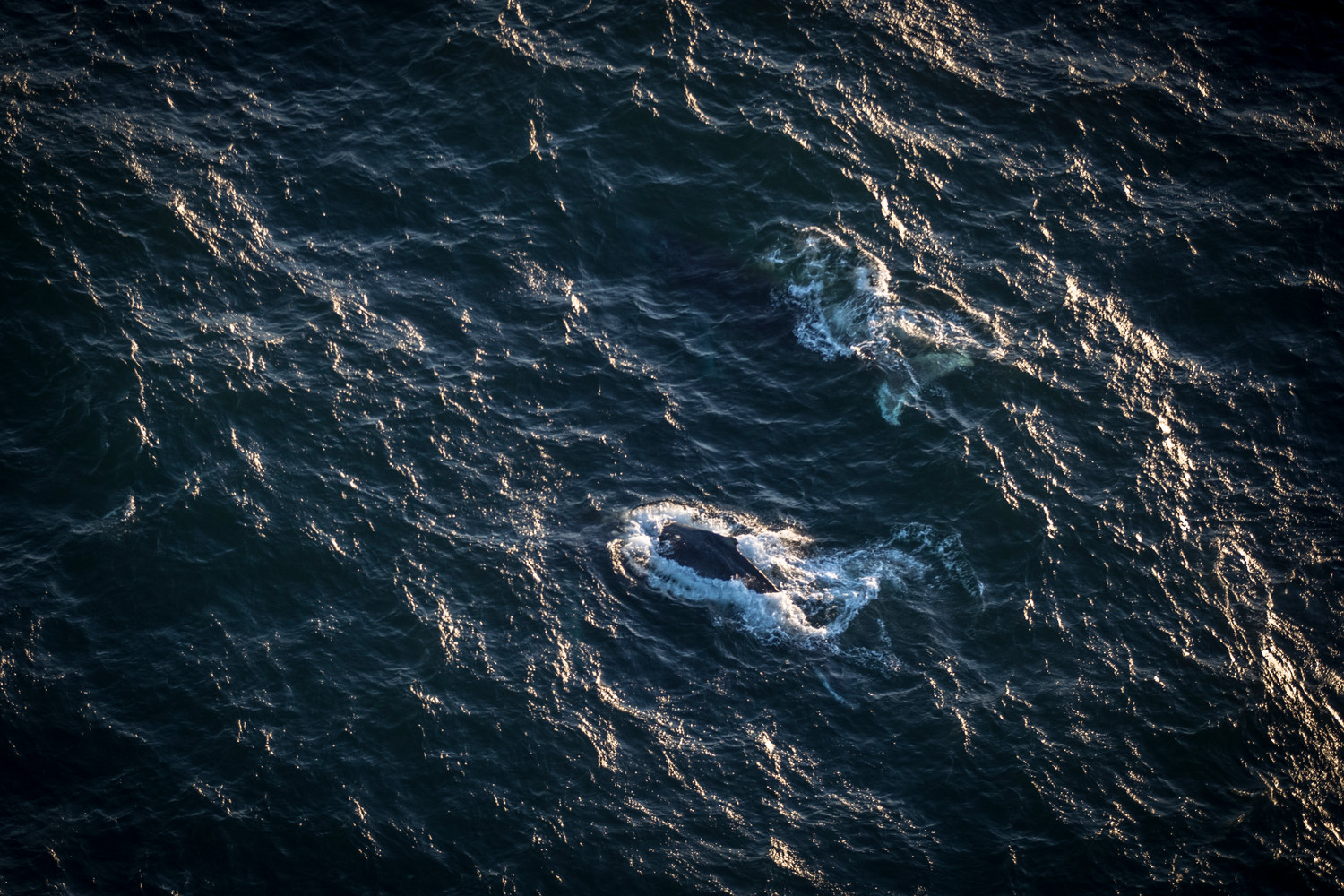 Known for being one of the most treacherous races in the world, the Vendée Globe tests the endurance and stamina of the best sailors on the planet.

However, despite years of preparation, a lifetime of training and millions spent on building the fastest, cutting edge, high-tech boats, the sailors remain at the mercy of Mother Nature in their oceanic circumnavigation.

The 2020-21 Vendée has seen a number of teams with serious damage to their boats having hit something in the water. These are often described by sailors and the media as ‘UFOs’. Not ‘unidentified flying objects’ but ‘unidentified floating objects’. These objects range from marine debris and containers fallen from ships to marine mammals.

Damian Foxall, our Sustainability Manager at 11th Hour Racing Team, thinks we should be moving away from this ‘fanciful’ term. “I don’t like the term UFO as it doesn’t fully share what is going on. It is disingenuous and misleading, suggesting to the public that we are randomly hitting unknown floating objects that are in our way.

“When racing, we certainly can hit marine debris – containers or logs floating in the water – which are typically hard objects. This causes local damage on the leading edge of the appendage where the strike is. However, many incidents are the result of collisions with marine life. We immediately think of whales, but can often include sharks, sunfish, and other species. If the animal is quite large, it can have a very significant impact, often causing serious damage to the animal, boat and crew. Typically though, there is very little local damage at the contact area. As sailors on board the boat, we can interpret quite quickly what type of strike we’ve had.

“The truth is, sailing boats and vessels do hit a lot of marine animals. However, data from the International Whaling Commission [IWC] Ships Strike Database shows that strikes from the sailing sector are, at best, only partially represented. The marine sector as a whole needs to find solutions to this problem, which is an issue for all vessels at sea – not just ocean racers.”

Colliding with anything when racing is worrying for any sailor, but what’s perhaps more worrying is the fact that a collision happened at all. Our oceans shouldn’t be full of marine debris, but they should be full of marine wildlife. It’s our role as sailors – stewards of the ocean – to treat this natural space and its biodiversity with respect, protecting it as best we can.

Technology has come a long way, and we are constantly reviewing what’s available to make sure we’re impacting our marine wildlife as little as possible, but there is no silver bullet. These are the current three most used on board technology solutions:

Many IMOCAs and ocean racing trimarans have an OSCAR installed – an infrared thermal camera watch-keeping system that is designed for monitoring objects that break the surface and above. It’s a rectangular box placed on top of the mast that has two cameras – one to identify surface shapes, and the other to identify temperature contrasts via thermal imagery. If it detects an object at the surface on the boat’s route (within its maximum detection range of 500m), an alarm is triggered. Around half of the 2020-21 Vendée sailors set out with this system on their boats. However, as with any watch keeping system, its capability to warn of potential collisions depends on lots of things – it’s operating range, accuracy of observation, sea state and boat speed, to name just a few. At speeds of 20kts+, the time to collision can often be counted in seconds, leaving very little time to correctly assess the risk and react accordingly.

These were originally designed to deter marine mammals (seals, porpoises and dolphins primarily) from fishing nets. Each pinger is designed to a specific marine mammal acoustic ability and frequency range. Data shows that pingers can reduce fishing bycatch of porpoise and other marine mammal species, but more research needs to be done in this space.

Whilst many racing craft, including the current IMOCA fleet, have installed pingers, the data from sailing and racing boats around this tech is still lacking. The pinger’s frequency has to be selected prior to installation, based on the species a sailor is most likely to encounter. By definition, this excludes many other likely species of marine animal. Unfortunately, there is currently a lack of real evidence that this tech actually causes the desired behavior or trajectory change in marine mammals.

For larger leisure craft, the FarSounder is often the tech of choice. It’s a forward-facing sonar and watch-keeping system, specifically designed to map the water column in front of the vessel. Using a frequency that is chosen to be of minimal impact to marine life, the system has the capability to detect marine mammals in the path of the boat. A group of experts in offshore sailing, including representatives from 11th Hour Racing Team, are currently working with FarSounder to understand how best to integrate their product into the performance sailing sector.

Marine mammals play a crucial role in our ocean’s biodiversity, and their feeding and movement directly affects ocean health on a global scale.

For us at 11th Hour Racing Team, we’ve been taking particular care with our transatlantic crossings, as the North Atlantic is prime whale territory.

Here’s how we can all help protect marine wildlife while we sail:

We all know that sometimes accidents happen, no matter how prepared you are.

Just like in the Vendée Globe, collisions with marine mammals are occasionally unavoidable, but there are ways to deal with incidents that make the situation a whole lot better, this starts with acknowledging the incident.

If you do experience or see a collision, entanglement or other marine mammal incident, here’s what you should do:

“One of the myths around marine mammals is that the whale will get out of the way – the whale sees you and knows that you are there – but this simply isn’t true. Even if it does become aware, a number of species are slow moving, incapable of manoeuvring away from a fast moving vessel.

“Always remember that you are sharing the habitat of these marine mammals, which is why route planning is so important. Never be afraid to report anything – we can use all this data to help educate other seafarers. Education is our greatest tool in safeguarding our marine wildlife.

“Let’s do citizen science together: as sailors, you are out at sea far more than us scientists so please be our eyes and ears. Let’s all come together and protect our marine mammals.”