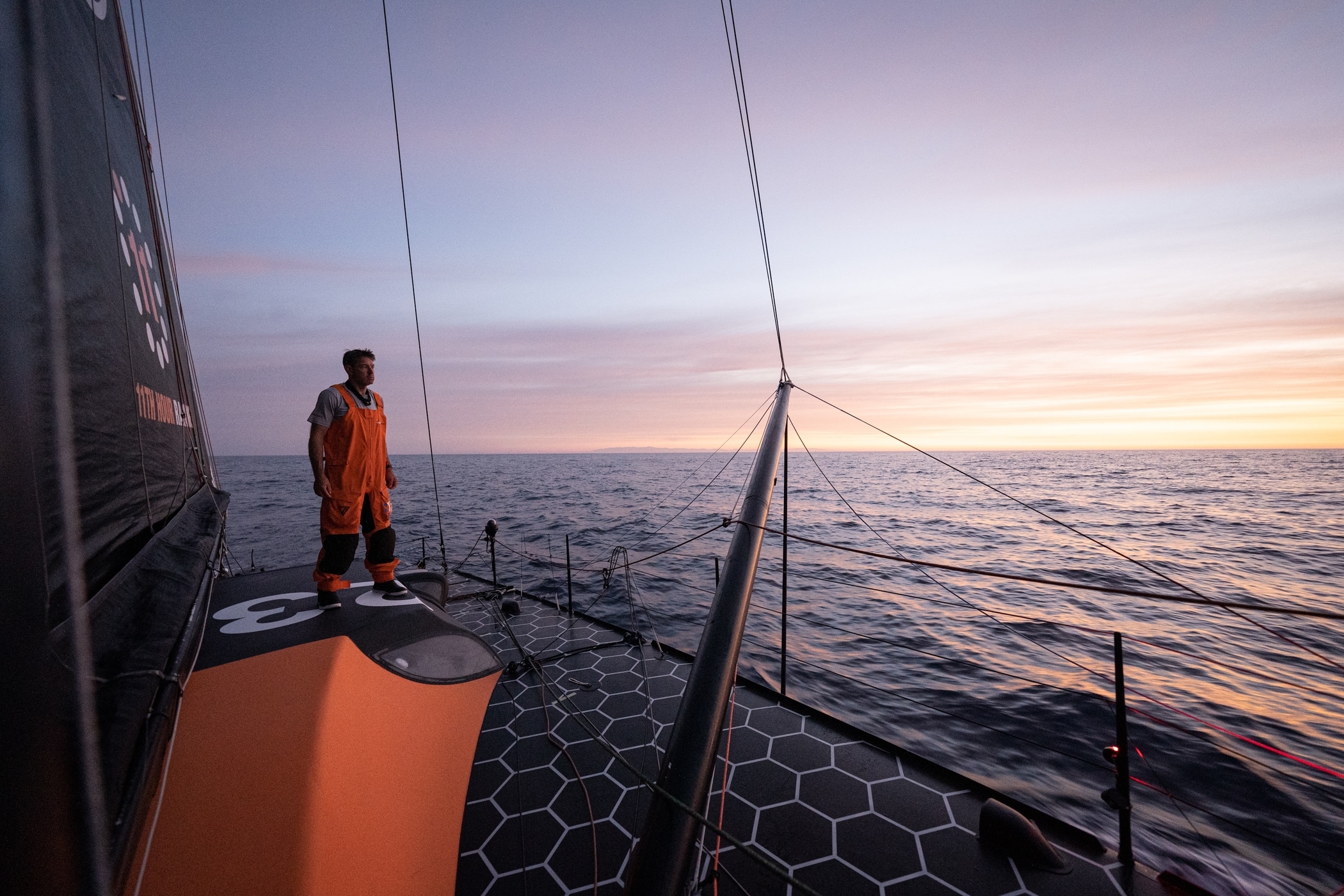 The Ocean Race Europe may have only just finished, but our Team is already prepping for the next chapter. The remainder of our 2021 racing schedule will focus on short-handed sailing, starting with the Rolex Fastnet in August.

For Justine and Simon this meant no time to rest and setting sail the very next day after the race finale in Genoa, back to Concarneau, France.

The delivery of our IMOCA 60 back to its homeport will be a great opportunity for both sailors to fine-tune their dynamics as a double-handed duo and also serve as their qualifying passage for the Transat Jacques Vabre later this year.

Read SiFi’s blog sent from the boat after the first day on The Med.

With little time for the dust to settle on a busy three weeks of racing in The Ocean Race Europe it is straight into the next adventure for myself and Justine (Mettraux) as we embark on the double-handed phase of our IMOCA season with 11th Hour Racing Team.

Our first twenty-four hours at sea have allowed us to ease our way into the double-handed training and also enjoy some sailing away from the pressures of racing. We are lucky to be familiar with the boat already, having sailed it for all our Ocean Race training so far, but now it is all about finding the rhythm of short-handed sailing and working on managing the boat with less than half of the crew. Of course, you always want to sail the boat as hard as you would with five people, however, it’s now about being smart, anticipating the next move, and not wearing yourself down too quickly.

Fortunately, the conditions so far have allowed plenty of rest as we settle into our watch system, but there has also been plenty of action too.  We were happy to find 30 knots of wind shortly after leaving Genoa, which allowed a few hours of fast sailing in a bay that is well known for little breeze. As good as it was, the foiling fun was short-lived though. Having shifted through the gears onto smaller sails, we were quickly shaking reefs and changing jibs as we found ourselves back in more typical Mediterranean conditions, and our better than anticipated progress fell back in the line with the forecast as we sailed upwind overnight in a light and fickle wind.

The upwind conditions provided the opportunity for some tacking practice, as well as a healthy dose of sail stacking overnight.  The temptation to leave everything on one side in the light airs if the extra stability isn’t needed has now been replaced by the necessity to avoid pushing everything uphill should the wind build with everything left to leeward given the relative amount of people power we now have onboard!

Having headed south towards Corsica, picking up a layer of the red sand of the islands on our decks carried in the warm wet air last night, we are now reaching along on port tack passing to the South of the French coastline and the islands of the Porquerolles. We have the fractional code zero up and the wind is gradually building and shifting to give us a faster, wider angle as we head in the direction of the Gulf of Lyon.  The sun is out and the seas are flat allowing us to enjoy the simple pleasures of being at sea.

It is fun to run around on deck alone whether it is setting up the next sail or trimming and teasing out as much performance from the boat as possible.  We may not be racing, but it still remains important to focus on sailing fast.

And with LinkedOut visible on our AIS for the last few hours, the reality is we are actually back to racing after all!!