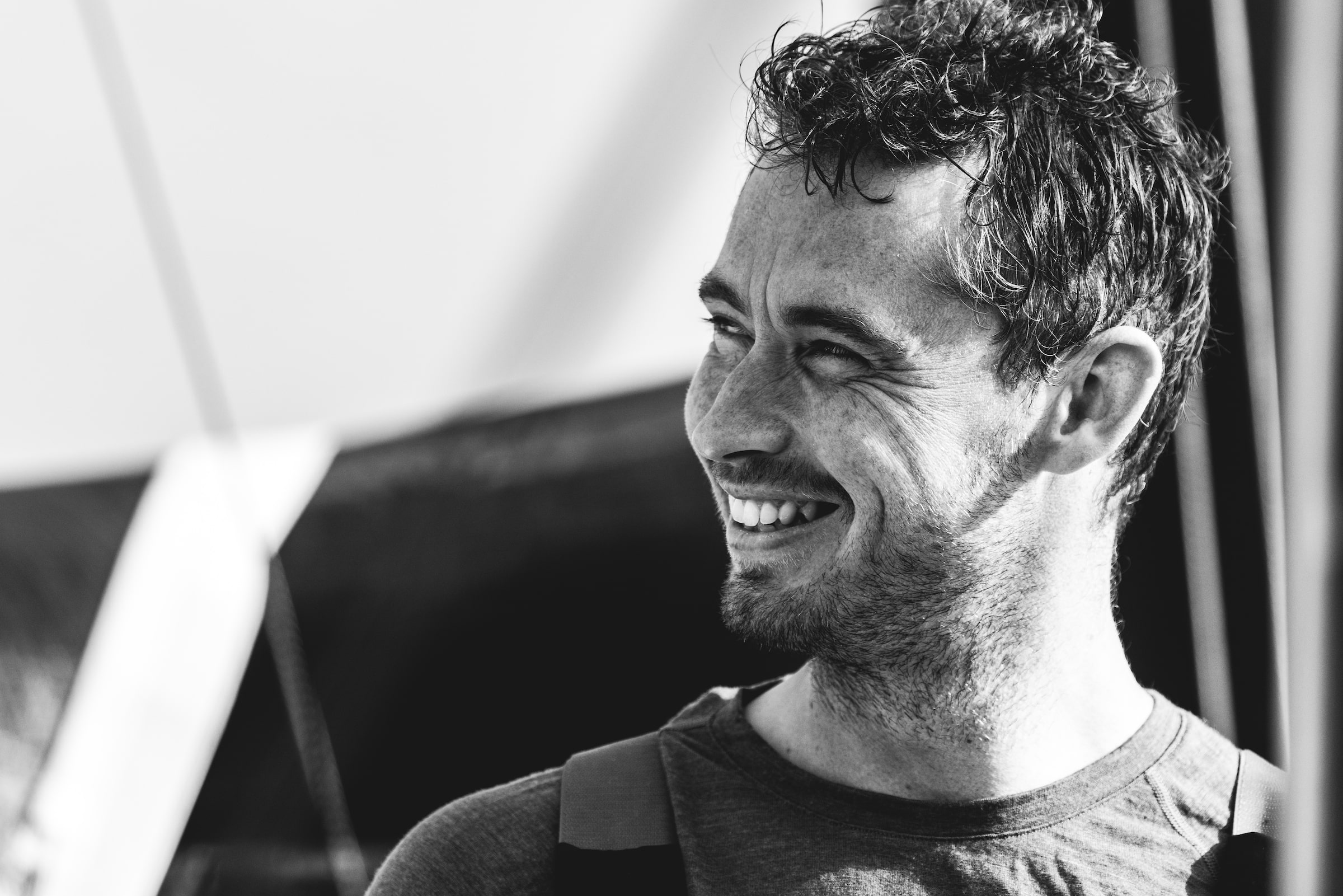 Jack Bouttell is the only Australian sailor in The Ocean Race 2022-23. A previous race winner with a wealth of experience, he tells us about the inevitable pre-race nerves and the challenges of life onboard.

Jack, this is your third Ocean Race and you won the last edition. How confident are you for this race?

I think for me, it’s always this ‘pre’ first leg feeling of the unknown. We don’t know what we don’t know. So I think we can be confident in the preparation that we’ve done until now and the decisions we’ve made based on what we knew at the time, but this is a long race and anything can happen. So Leg 1 is always a big deal because you get a bit of an idea of the competition and what improvement is needed. This is the first taste and then Cape Town is the review point where we’ll ask ourselves, are we where we need to be?

You won the last race in the VO65 with Dongfeng Race Team and now you are racing in the IMOCA Class. Talk us through what it is like sailing these boats, compared to the one-designs.

Last time all the boats were exactly the same so it was really down to the sailing team. And I remember last time being pretty much sick of sailing by the time we started the race because the biggest difference you could make to performance was through time on the water. I almost got to the point where I was sick of sailing before I started a nine months around the world race which was a bit tough. But this time the boats are very different. We have spent as much time on the water as possible, but there is also so much more to consider with these IMOCA boats than just the sailing.

I think there’s a lot more thinking and preparation with this boat. You can go in any direction you want with any part of the boat, so as a team we’ve been sitting down discussing what we needed, instead of trying to do the best with what we’ve got – which was the case with the VO65s. It’s been a case of ‘the world’s our oyster,’ and it’s been quite hard to narrow it down at certain times to amke the right decisions.

Paint a picture for us – what’s life like onboard?

At times in flat water, the boat is just unreal with the foils and the power it can generate. It’s quite a different type of sailing because the autopilot is driving so you’re hidden from the elements in a way so there’s not that feeling of wind on your cheeks, and I find it a lot harder to have a natural feel for the boat as you normally would on a boat, or outdoors.

And then once the sea state gets up and the wind gets up, they are very, very difficult to sail. You can sail it fine but slowly and then also sail very, very fast but you can quickly break it. Finding the ‘go fast without breaking’ mode is difficult with the foil and hull shape.

The French have always been good at offshore sailing and it can be quite fluid at times. It’s not always X, Y and Z, it can be the whole alphabet! They’re intuitive and base decisions on feelings, it can be a bit spontaneous and has downsides because it’s hard to repeat. But also they are open to everything and in the offshore world it can be a good way to sail a boat, to not get locked into certain modes, and always experiment.

The Anglo-Saxon way is much more routine driven with clear communication,  which is the way I prefer to do it but you know with a bit of French somehow mixed in there for a bit of chaos but it obviously works for the French! The French obviously love this style of sailing and have the biggest projects, the most sailors and they’ve ended up very, very good so we shouldn’t knock it!

You’re the only Australian in the whole of the race this year, across the IMOCAs and in the VO65s. Australia is renowned as a nation of incredibly talented sailors, but you’re the only one here – why do you think that is? Do you feel any pressure representing your country?

I don’t know about pressure as I’ve never really thought about it like that. I  do everything I possibly can to do well, and the rest sorts itself out. I think definitely with this class, it’s a French class. For the last 10 years, I’ve been on the French circuit in Figaros, Class 40s or IMOCAs or Ultime trimarans.

It’s a hard world to break into that world as a non-French sailor. And for this edition of The Ocean Race we have effectively a French class that’s been adopted by an international event. So of course there are going to be more French teams in it and the experience base is in France. So there’s more of a pool of sailors from that part of the world.

It’s just the nature of the Class and the boat now. It’s moved away from typical sailing and it’s on a whole new level. It’s a different skill set, different breed of sailors and it’s a different way of thinking. Until there’s this kind of boat in Australia and New Zealand, this type of sailing is always going to be more difficult for people to get into.

There are now 24 hours to the start of the race – what do the next 24 hours hold for you?

I’ll try to relax as much as possible. I try to shift  the mindset into offshore mode, slowly eliminating everything out of my head, which I’ve already been working on for a few days, because it takes quite a lot. Just general life stuff, like my hot water tank broke yesterday so I was trying to deal with that, but I’m just slowly sifting it all out. All those normal things that you think of on a daily basis, I try to clear my head.

For the past month, I have been slowly building up to a place logistically in life where everything is roughly sorted and the family is sorted and everything is in place as much as possible. I over-prepare and try to have everything ready to go.

So on the last day (today), I just try to be as relaxed as possible and think about what needs to happen, it’s all about mindset. Especially in these boats, there aren’t that many of us, they are pretty extreme boats so it is particularly important to be focused to ensure we don’t make a mistake.

This is serious and we are going to encounter some strong winds pretty much straight away, so I have to get myself into a place that has the right mindset, where I don’t forget things or do stupid little mistakes that could either be bad for our performance, or for me personally.

Do you take a luxury item with you?

My headphones and my wedding ring.

Being a part of 11th Hour Racing Team carries the weight of a performance-first team as well as legacy for positive action for ocean health. Why does being in this sort of team appeal to you?

Our jobs are based on the ocean and we see the negative effects it has firsthand. To represent a team where positive action for ocean health is at the core of its principles is pretty special, to be promoting positive action to a global issue.

Looking forward to the first 36 hours as you head towards Gibraltar, what’s your thoughts on the weather that’s coming?

It looks super changeable and the first night there are a lot of transitions, light spots and windy spots along with the offshore breeze as there’s all the mountains along the Spanish coast, so it’s going to be really hard to deal with that.

And then once we get a bit further south up Gibraltar, the wind looks very, very strong with a bad sea state and a lot of options strategically, which the fleet may well end up sailing together.

It’s always easy to get carried away and be cavalier at the start of a race, but this is going to be a long six months. I think we need to focus on getting out of the Mediterranean cleanly, and then once out, the rich will get richer to a certain extent.

We need to protect the boat, protect ourselves and sail cleanly and well to keep the boat in one piece as we head to Cabo Verde.