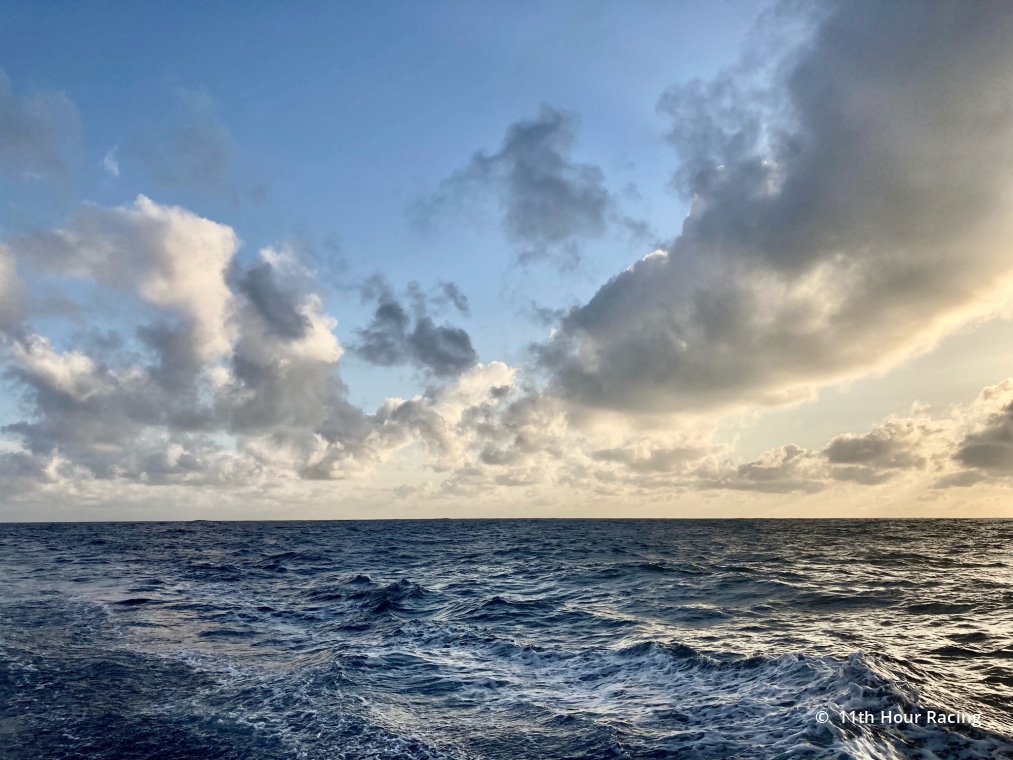 Two weeks ago, the iconic Transat Jacques Vabre transatlantic race kicked off in Le Havre, France. 11th Hour Racing Team started with two boats competing in the IMOCA 60 class. One of our boats, Alaka’i, finished by abandoning the race through week one due to a broken mast. Check out what’s happened since in our weekly wrap-up.

Fifteen days into the Transat Jacques Vabre and it was a cruel start to the morning for the embattled duo of Charlie Enright and Pascal Bidégorry, as they rounded the turning mark at Fernando De Noronha. Having revealed yesterday that they have damage to the trailing edge of the keel fin, which was causing severe vibrations throughout the boat, the crew are having to limit their speed as they head towards the finish in Martinique, some 2,000 nautical miles to the north west. At around 0900 UTC this morning, their rival in the IMOCA class, Corum L’Épargne, passed them sailing three knots faster, and pushing Mālama into seventh place.

The alloy keel is a one-design component, the same on every IMOCA, and the composite fairings fore and aft allow water to flow smoothly around the structure.

In his message to the race organizers last night, Enright explained how they found the damage onboard the boat:

“We’ve been dealing with a lot of breakages throughout the course of this race, such is the nature of a new boat on an action packed and competitive track like this one.

“None of these ‘little incidents’ compares to what we went through yesterday. While reaching along in what I will refer to as a typical doldrums squall, we hit 28 knots of boat speed with the J2 and a full main. Shortly thereafter, the boat essentially tripped over itself and we were no longer able to achieve speed.

“Assuming we’d caught something, we proceeded to try and ‘broach’ it off the keel. When that didn’t work, we backed down … and then backed down again. I took a look in the endoscope and saw what I thought was a line.

“In a last ditch effort to figure out what was going on, we tacked the boat, hove-to with the keel to leeward and I went over the side to inspect.

Mālama is now under a limited sail plan which will reduce the speed of the boat to around 70% to reduce the onboard vibrations. It will be a tough uphill battle for Bidégorry and Enright, mentally and physically; they will need to dig deep as they nurse Mālama safely, but slowly, to the finish.