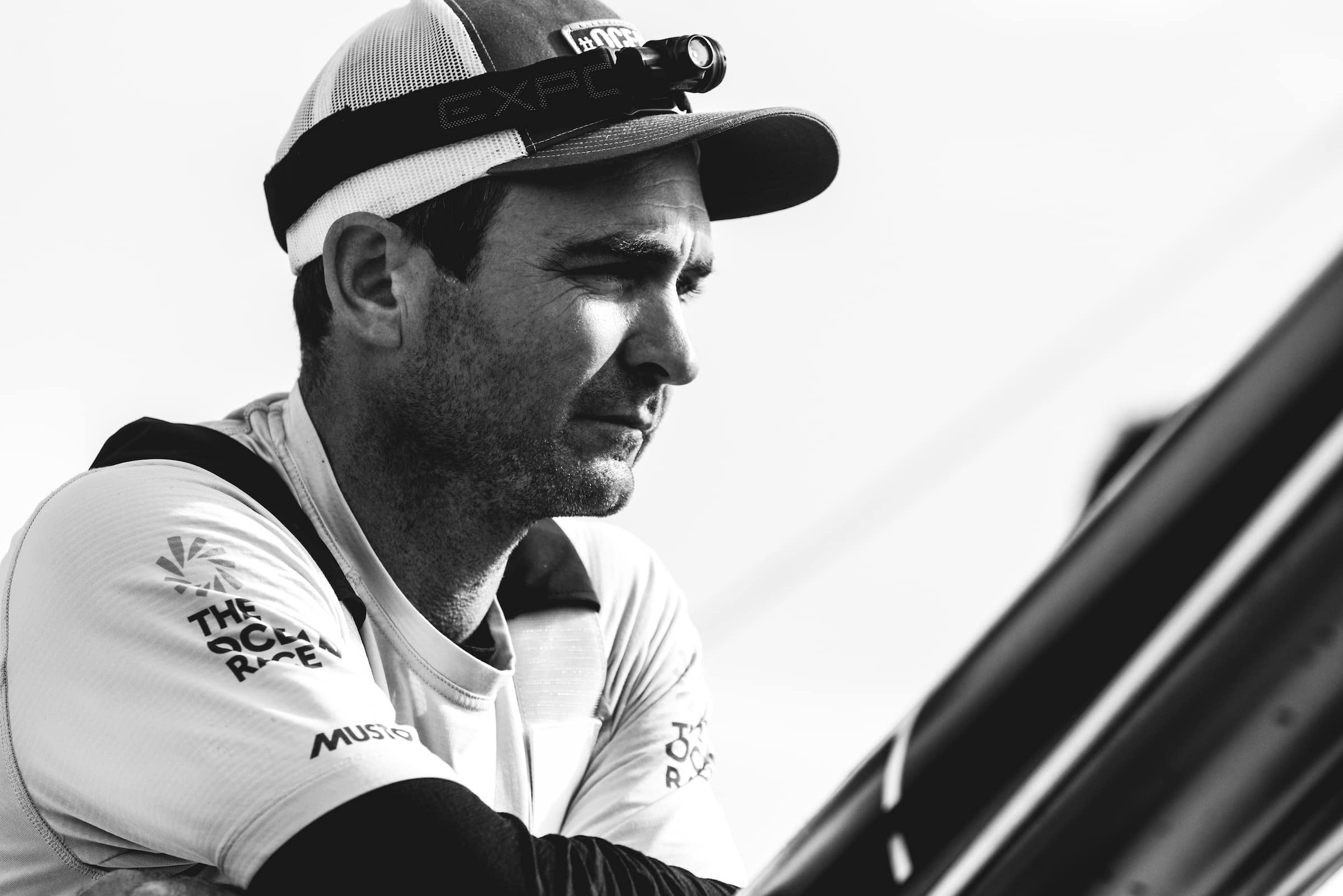 As I sit here, in cold and blustery Rhode Island, 3,500 miles from Alicante, Spain, we’re just three short weeks from the start of The Ocean Race 2022-23. It’s safe to say that the lead-up to this, the 14th edition of the race, has been anything but normal. We’ve all competed in races we thought would never end, but for a while I thought this one would never begin! Originally scheduled for October 2021, the start got pushed to October 2022 due to COVID-19, and now we’ll finally set off on January 15, 2023.

We have a challenging course and a competitive field of entries awaiting us when we reconvene in Spain after the holiday break. Before we turn the page on 2022 and focus all our efforts on what lies ahead, I wanted to take a few moments to recap what’s been an amazing year for our program here at the 11th Hour Racing Team.

2022 started in the shed after a hastily sailed Transat Jacques Vabre in the waning months of 2021. The job list could have filled a four-month shed period before we pushed off the dock in Le Havre, France, and we encountered plenty more along the way to Martinique. All to be expected for a boat undergoing its first transatlantic test. We had a list of things we hadn’t managed to do in the fall, a list of things we learned along the way, a number of optimizations, some compliance issues to address, and the never-ending need for more structure! These boats are powerful, which translates into speed, but only if you have the backbone to bear it!

We emerged from the shed on time in April and completed a four-week training session to shake off the dust and verify everything we’d worked on throughout the winter maintenance period. We had some big springtime Brittany conditions and quickly felt that the boat was ready for its next test, a trip to Newport, RI, for the Newport Bermuda Race, and a summer full of local activations with our title sponsor, 11th Hour Racing.

We reconvened in France in May to prepare for our departure. After picking a good weather window, we headed across the pond, set to experience some big conditions along the way. We started with heavy-air downwind conditions and ended with heavy-air upwind conditions that saw us sailing in 40 knots and five meter seas, just 10 miles from the Newfoundland coast. It was a good test and a good passing grade for a boat that was still coming of age.

Next up was the Newport Bermuda Race with a duo of special guests: this was a real personal highlight for me. I had the pleasure of sailing south with Justine, Amory, professional surfer, Ian Walsh, and professional snowboarder Elena Hight. In what ended up being another windy affair, we made quick work of the 630-mile course and left the rest of the fleet in our wake, staying ‘in front of the front’ and finishing almost 24 hours ahead of the next monohull. Sharing that experience with ‘non-sailors’ (albeit pro sportspeople) and spreading our team message to a new group of followers, was a privilege and a treat.

After a training run back to Newport, we headed to Oakcliff Sailing Center for our mandatory safety training course, swiftly followed by the Narragansett Bay Rally, an opportunity to connect with team grantees and local junior sailors. This was surreal for me, sailing a boat that we’d built 3,000 miles away, through waters that I grew up sailing on: I had to pinch myself on more than one occasion.

As July came to an end, and we got kicked out of our seasonally expensive housing in Newport, we pushed off the dock to head back to France. This turned out to be a record-setting trip: seven days, and a 24-hour period that saw us cover over 560 nautical miles. Nothing to shake a stick at! We had good breeze and good seas the whole way, a real dream of a trip. I’m sure we won’t be that lucky during the big show, but a very good testing opportunity, nonetheless.

Back to Brittany meant back to the shed. After three-plus months in the water, there was plenty of refinement on the horizon as we prepared for our first crewed test in the Défi Azimut.

This totally unique race format – comprising speed runs, a 48-hour dash around the Bay of Biscay, and one more traditional ‘round the cans’ race – saw four of the five Ocean Race teams lineup for the first time.

The 48-hour race started in light air that quickly built and lifted as we headed south into the Bay of Biscay towards the first mark. After a couple of late-night gybes, we rounded the first mark in the lead and began our reach across the bottom of the Bay. I guess what goes down must come up, because after turning mark two we had a long beat back to the barn by way of the Glenan islands. In the end, we were able to stave off the competition and hoist the trophy, a good test against the other crewed boats, but equally as good to get some data points against the top solo sailors who know their boats so well and sail them at an incredibly high level.

Post-Azimut, we had two really valuable training sessions with Pôle Finisterre, helping us to come up with a plan for our final race configuration. We left the Bay of Biscay in November and set out for Cascais, Portugal, a much better place to sign off both new foils and new sails during the European fall.

We tried to pick a good window to get out of the Bay of Biscay, but it lived up to its reputation, and we ended up seeing over 50 knots (57mph/93kph) on our way down! We had two very productive weeks at the Clube de Naval De Cascais, a practice ‘away game’ in every sense. In addition to signing off final sails and foils, we underwent some team-building exercises, led by our team coach, Anje-Marijcke, some physio training, some comms filming, and sustainability training, as well as generally re-acclimatising to life on the road.

After this two-week session, we set off for King Marine in Valencia, just a short 100 miles from the start line in Alicante. After two days of light air conditions down the coast of Portugal and Spain, towards Gibraltar and into the Western Med, we finally got some good breeze with 12 hours to go, throwing down some big speeds before tucking around the corner into the Bay of Valencia. Upon arrival, we hauled the boat, pulled the rig, NDTed (Non-Destructive Tested) everything one final time, did our last checks and services, and left the boat reassembled, ready, and waiting for everyone to return from this much-needed holiday break. Big kudos to the tech team who put in long hours all year to get the boat to where it is today.

Whether it’s needed because of all the work that got done in 2022, or if it’s needed because of what lies ahead, I’m not sure… Either way, we’re grateful to be taking some time with family and friends as the holidays approach! We’d like to thank everyone for their support over these past few years. This race has been a long time coming, but we feel ready. I’ll be spending some valuable time with family at home in RI, reflecting on how much we’ve accomplished and where we’ve come from, but continuing to focus on the race that lies ahead.